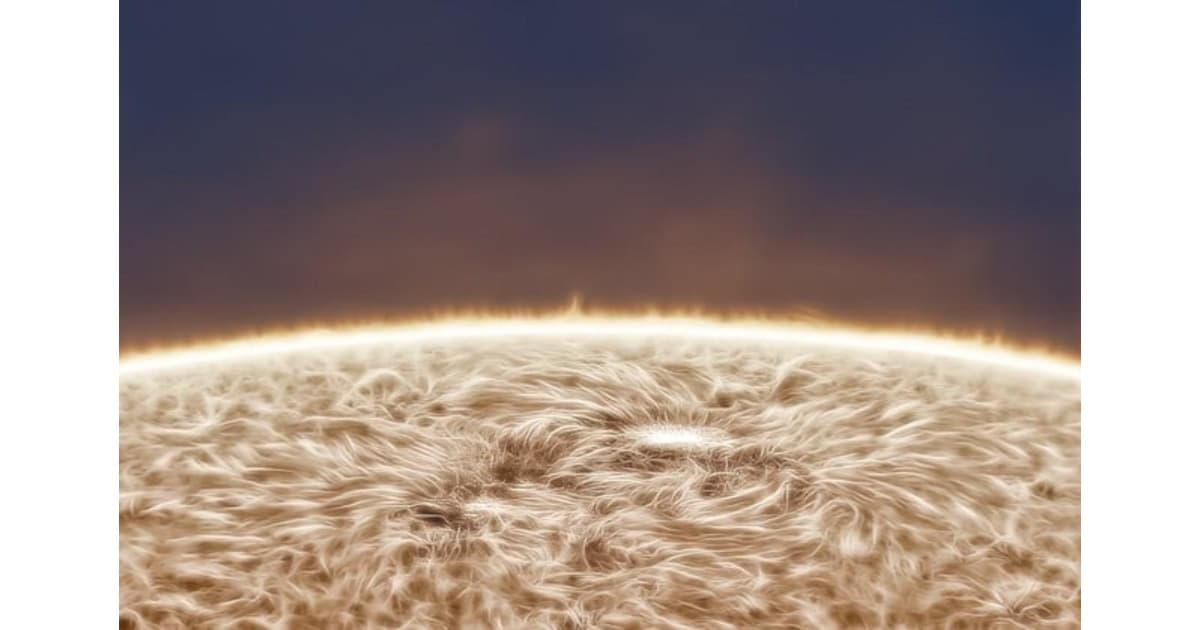 This Photo of the Sun Is Unlike Anything You've Ever Seen

"This type of photography is an incredible challenge."

"This type of photography is an incredible challenge."

A new homemade photo of the Sun looks absolutely mind-blowing.

A Redditor going by the moniker TheVastReaches posted the photo to the Space subreddit showcasing their highly-detailed and processed photograph of the Sun.

Perhaps more surprisingly, the photo wasn’t taken from a high-tech observatory — but from the user's backyard.

"This photo was shot on my backyard solar telescope," they wrote on the post.

According to the TheVastReaches, the photo shows the "turbulent nature of the solar chromosphere" — or the second of three main layers of the Sun’s atmosphere.

"This type of photography is an incredible challenge due to the overwhelming light of the photosphere below," the user wrote. "Solar images are always software-processed to reveal contrast. I took those methods as far as I could, and then some!"

Along with the stunning detail of the layer, the user points out that you can also see a massive sunspot near the edge that’s “big enough to swallow the Earth whole!”

An Expensive (But Awesome) Hobby

Though TheVastReaches was able to snap the photo from their backyard, they had some powerful (and pricey) equipment to help them out.

They listed the equipment as follows: Explore Scientific AR152, Daystar Quark Chromosphere, ASI174MM-Cool, and a Celestron AVX. At the time of publishing, the hardware would cost you a hefty sub-total of nearly $4,000.

But honestly, that might be worth it for such a cool hobby — and equally cool photos to show for it. After all, it's still less than NASA's $10 billion James Webb space telescope.

READ MORE: I developed a unique method for processing images of the Sun for extreme detail and clarity. This photo was shot on my backyard solar telescope. [Reddit]

More on the sun: The Sharpest-Ever Image of a Sunspot Looks Like a Portal to Hell

Sun Gazer
Researchers Want to Use the Sun As a Giant Telescope to Look for Aliens
7. 25. 22
Read More
Phone Home
The Scariest Messages We Could Detect From Aliens, According to the Internet
3. 30. 22
Read More
Solar Flyby
Here's the Closest Picture We've Ever Taken of the Sun
12. 13. 18
Read More
+Social+Newsletter
TopicsAbout UsContact Us
Copyright ©, Camden Media Inc All Rights Reserved. See our User Agreement, Privacy Policy and Data Use Policy. The material on this site may not be reproduced, distributed, transmitted, cached or otherwise used, except with prior written permission of Futurism. Articles may contain affiliate links which enable us to share in the revenue of any purchases made.
Fonts by Typekit and Monotype.