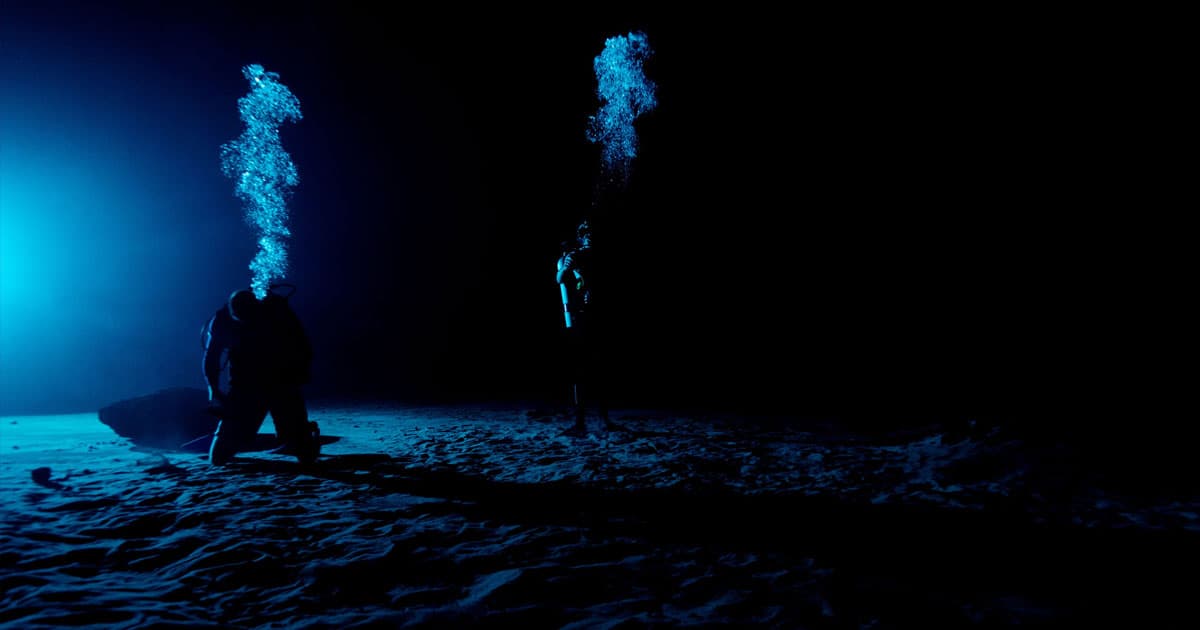 The official Twitter account for NASA's Johnson Space Center in Houston shared a sneak peek of those efforts this week by posting a photo of several astronauts training at the bottom of a dark, neutral buoyancy pool that simulates lunar conditions.

Divers at NASA’s Neutral Buoyancy Laboratory turned off the lights to simulate what an Artemis astronaut might experience at the lunar south pole - long, dark shadows. pic.twitter.com/naslhzzix7

"At the Moon’s South Pole, the Sun will remain no more than a few degrees above the horizon, resulting in extremely long and dark shadows," NASA said in the release. "To prepare astronauts for these challenging lighting conditions, the team at the NBL has begun preliminary evaluations of lunar lighting solutions at the bottom of the 40-foot deep pool."

The testing included turning off all the lights in the facility, lining the pool walls with blackout curtains to minimize reflections and using an underwater cinematic lamp to recreate conditions ahead of upcoming training for astronauts.

NASA's official Twitter account for Artemis describes the mission as the "next giant leap," and they're not wrong. Getting the first woman and person of color to the Moon provides at least some of the much-needed representation in STEM and space exploration, and NASA says the mission could boost the economy, too.

Any efforts at making the government look more like the Americans it serves is great, but coupled with job creation and NASA's ultimate goal to establish the first "long-term presence" on the Moon, we're uh, over the Moon about the progress Artemis is making so far.

More on the need for diverse astronauts: NASA Says It's Running Out of Astronauts