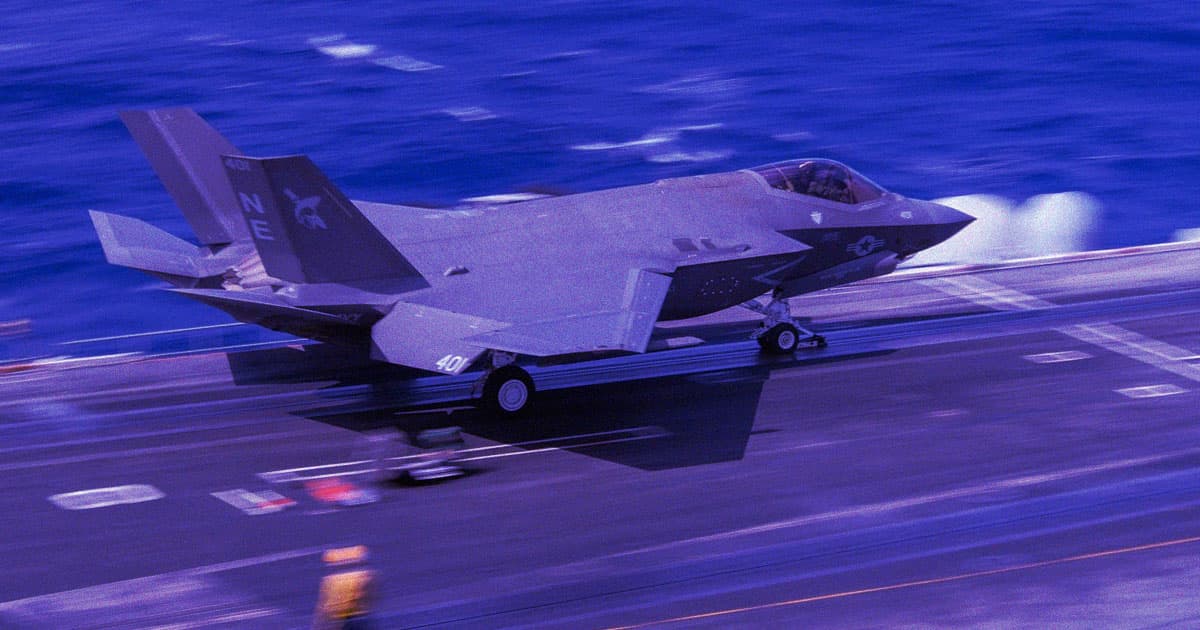 US officials are worried the Navy's advanced radar and stealth tech could end up in the hands of the Chinese government following an expensive plane crash in the South China Sea.

The Navy was able to spot the jet before it sank into the water, as seen in photos posted to social media — a fully exposed and very expensive blunder for the US military.

The $100 million F-35C, a single-engine stealth fighter, crash-landed on the aircraft carrier USS Carl Vinson during routine operations on Monday, according to the Navy. Seven sailors were injured in total, but luckily, there were no fatalities.

"The ship has assessed that the video and photo covered by media today were taken onboard USS Carl Vinson... during the crash," commander Hayley Sims, public affairs officer for the Seventh Fleet, told CNN following apparent photo leaks of the wreck site.

A video posted to YouTube by Turkish channel Manşet TV purports to show live footage of the wreck itself, but it's unclear if it's the video Sims was referring to.

The Navy is now officially investigating the crash, according to its statement.

The stealth jet is currently sitting at the bottom of the South China Sea, according to CNN — and the Navy is now racing to retrieve it. Lieutenant Nicholas Lingo, another spokesperson for the Seventh Fleet, told the outlet that recovery efforts are ongoing.

Analysts, however, say the job will be tricky because China claims most of the the surrounding sea as its territory.

Despite US fears that the high-tech plane could fall into Beijing's hands, China publicly stated otherwise.

"We advise [the US] to contribute more to regional peace and stability, rather than flexing force at every turn in [the South China Sea]," China's Foreign Ministry spokesperson Zhao Lijian told CNN.

Considering Russia's and China's close relationship and the ever-heightening tensions between Russia and the US over the country's movements into neighboring Ukraine, the US military is more keen than ever to keep advanced plane tech out of China's reach.

However, with the Olympics starting in Beijing next week, it's also just as likely that China is telling the truth, focusing on presenting the country in a positive light — and not actively racing to recover a wrecked jet on the seafloor.