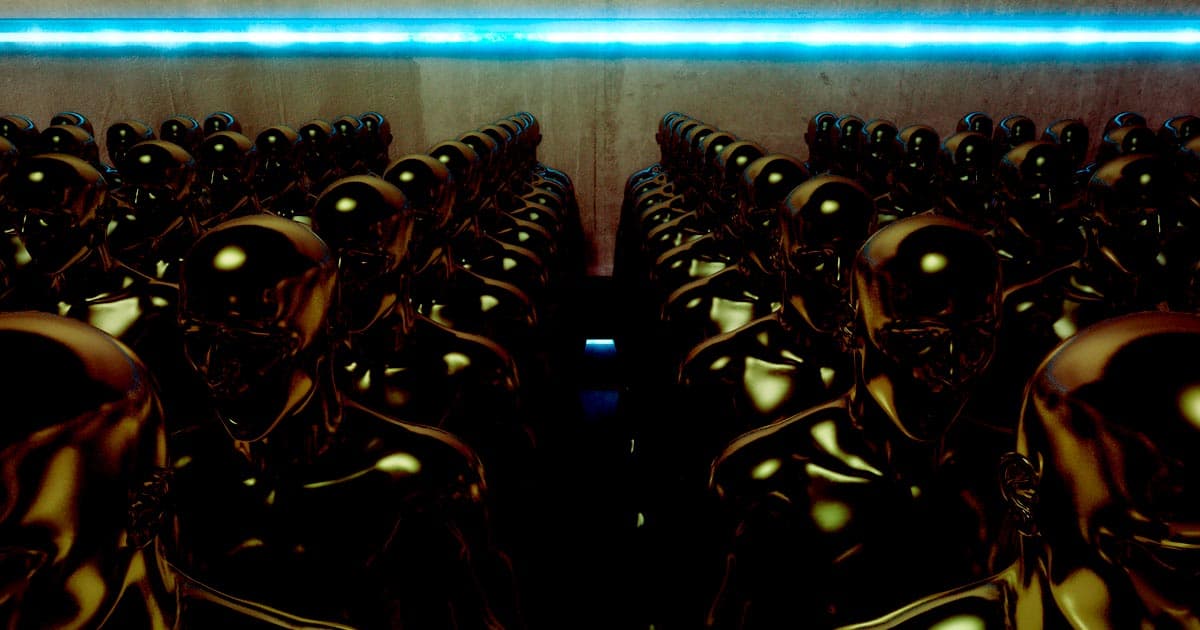 Pentagon: Stop Asking Questions About Our "Killer Robots," Which Don't Exist by the Way

"We believe that a lot of the rules have to change."

"We believe that a lot of the rules have to change."

The Pentagon is selling a t-shirt that says not to worry about their "killer robots" — which raises a lot of questions arguably answered by their t-shirt, it seems.

During a recent event organized by the Atlantic Council, an international relations think tank in Washington, DC, Marine lieutenant general and artificial intelligence head honcho Michael Groen said that although the military's killer robots are by far the most exciting thing the Pentagon's AI team is focusing its efforts on, it's not the only thing they're working on.

"Inside the department, clearly there’s a question about what is AI for," said Groen, head of the Pentagon's Joint Artificial Intelligence Center, during the May 25 event. "And, although there are conversations about killer robots and all the rest, I think the reality is much more mundane."

As Breaking Defense notes, the US military doesn't have any weapons that would be considered "autonomous" — or at least, not the kind of "Robocop"-esque killer robots that can select and shoot at targets without humans in control.

But according to the report, the Defense Department is developing new rules that may change that, a rather terrifying change in tone.

During the Atlantic Council event, Groen used a lot of jargon about AI-driven "business environments," and "data domains" and "implementation" in his speech, but a statement he made about paradigms shifting is almost as telling as the offhanded comment about autonomous killing machines.

"We believe that a lot of the rules have to change," he said, "a lot of the thought processes have been rendered obsolete, and, maybe, the cores of how our organizational processes work have to be reevaluated through the lens of artificial intelligence and data."

While he's most likely discussing the concept of changing the Luddite mindsets of many in the Pentagon, the military has been weighing regulations or even an outright ban on killer robots.

Though in late 2021, US officials quietly put the kibosh on new autonomous robot rules for now.

Groen is, as DefenseNews notes, going to retire soon — and there's no telling what his replacement will think or want to do with the killer robots that may end up defining the next generation of US military tech.

More on American killer robots: US Military Horrified by Chinese Military Spending Money on Exact Same Crap They Do