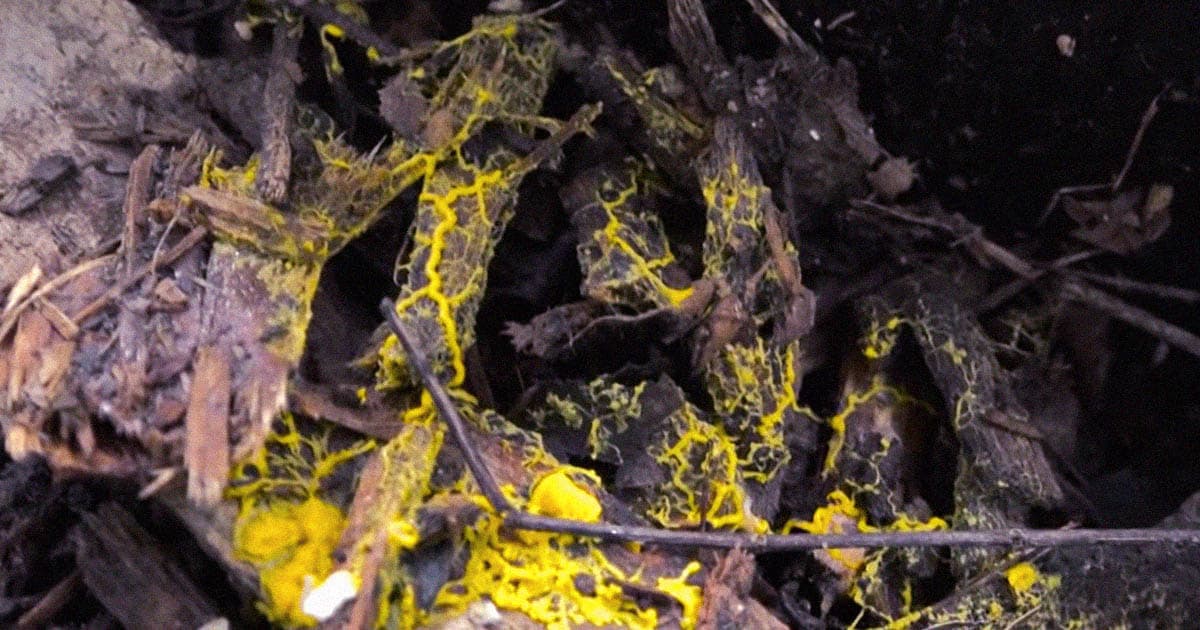 Paris Zoo Unveils Bizarre “Blob” That Can Learn With No Brain

It can move on its own, solve problems, and quickly heal if chopped completely in half.

It can move on its own, solve problems, and quickly heal if chopped completely in half.

The Paris Zoological Park is unveiling a bizarre “blob” organism this weekend that can learn without a brain, digest food without a mouth or stomach, and rapidly heal itself after being chopped in half.

“The blob is a living being which belongs to one of nature’s mysteries,” Bruno David, the director of the Paris Museum of Natural History, told Reuters. “It surprises us because it has no brain but is able to learn… and if you merge two blobs, the one that has learned will transmit its knowledge to the other.”

The slime mold, formally known as Physarum polycephalum but widely called the “blob,” is believed to be extraordinarily ancient — perhaps as old as a billion years, according to CNN — and unicellular. It can move on its own and solve tricky problems. And its classification in the tree of life is up for debate, according to experts.

“We know for sure it is not a plant but we don’t really [know] if it’s an animal or a fungus,” David told Reuters. “It behaves very surprisingly for something that looks like a mushroom… it has the behavior of an animal, it is able to learn.”

READ MORE: Paris zoo unveils the “blob”, an organism with no brain but 720 sexes [Reuters]

Rats That Live 30 Years, Rarely Get Cancer, and Feel No Pain Are Revolutionizing Medicine
4. 20. 17
Read More
I, For One, Welcome Our Alien Overlords
NASA Sponsored Researcher Suggests It Might Be Possible to Change the Laws of Physics
Yesterday
Read More
Deep Earth
Scientists Intrigued by Area Inside Earth That Slows Earthquakes “to a Crawl”
Yesterday
Read More
+Social+Newsletter
TopicsAbout UsContact Us
Copyright ©, Camden Media Inc All Rights Reserved. See our User Agreement, Privacy Policy and Data Use Policy. The material on this site may not be reproduced, distributed, transmitted, cached or otherwise used, except with prior written permission of Futurism. Fonts by Typekit and Monotype.