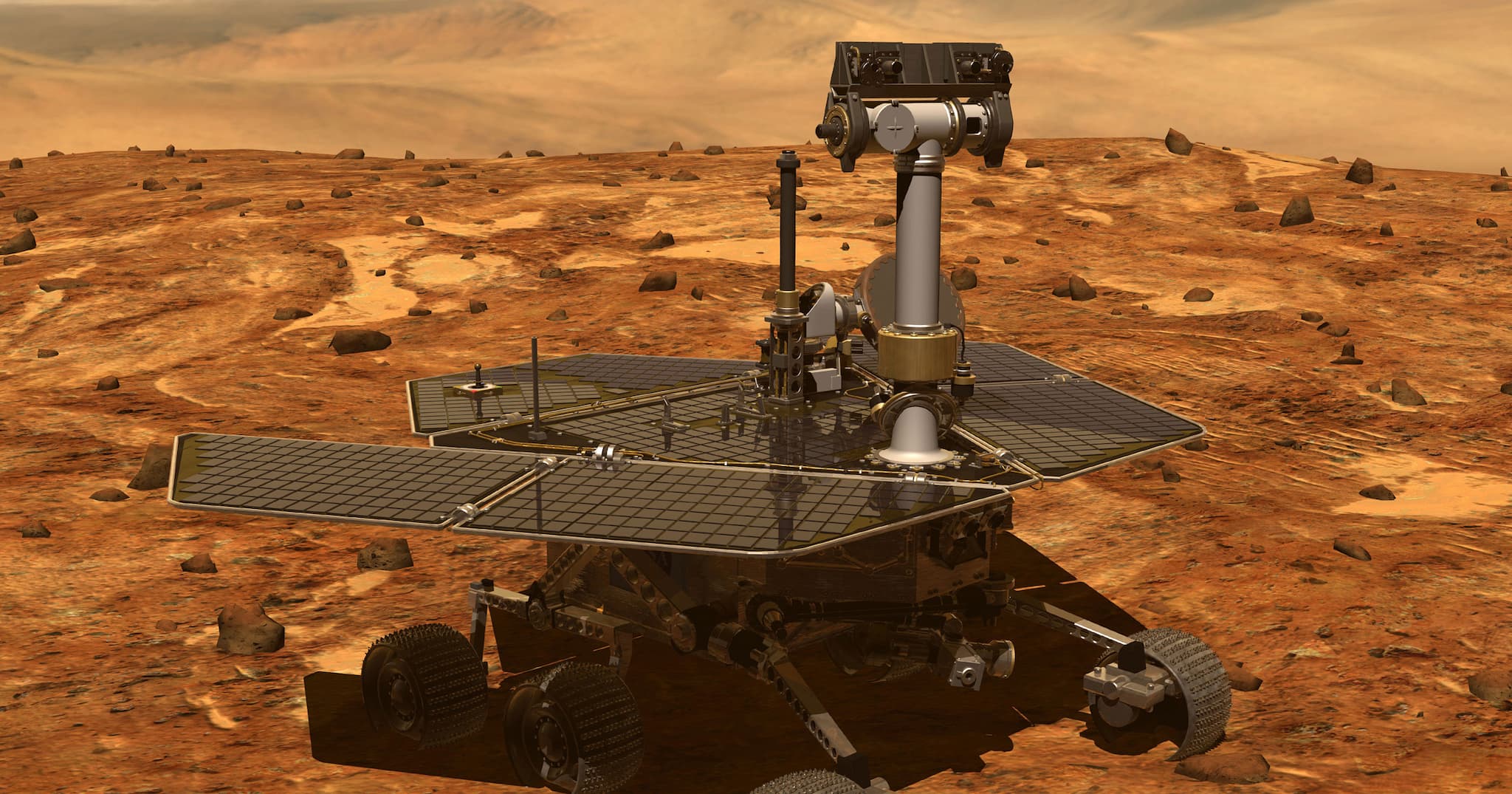 NASA Thinks Its Opportunity Mars Rover Might Be Truly Kaput

Looks like that Martian dust storm was too much for the rover to handle.

Looks like that Martian dust storm was too much for the rover to handle.

Think it's bad when a Tinder date ghosts you? Imagine how NASA is feeling right now.

The space agency has been in near-constant communication with its Opportunity rover ever since the craft landed on Mars in 2004. But since June 10, all of NASA's attempts at communication with the rover have been met with radio silence. And now, the agency is gearing up to move on.

Unlike a flaky Tinder date, Opportunity has a good reason for its lack of a response to NASA. In late May, a massive Martian dust storm blocked out the sunlight that Opportunity used to power itself.

At the time, NASA was hopeful that the rover had just slipped into low-power mode. But it's been reaching out to Opportunity since the sunlight returned and has yet to receive any sign that the rover is back online. If it doesn't hear back in the next week or two, acting director of NASA’s planetary science division Lori Glaze told attendees at a Monday conference, the space agency will stop pinging Opportunity.

That doesn't mean NASA is ready to block Opportunity's number, though.

“Just because we’re not actively pinging Opportunity, no one is giving up,” said Glaze. “We’re going to keep listening for quite a while just to see if there’s a chance that the solar panels might get some dust blown off and it may be able to recharge the batteries.”

Still, the Opportunity mission was only expected to last 90 days. NASA enjoyed 14 years of communication with the rover during which it provided invaluable data about the surface of Mars.

It might just be time to move on, and NASA already has a new prospect waiting in the wings — the InSight spacecraft should land on Mars on November 26.

NASA expects this new mission to last 728 days, but if the agency has learned anything from Opportunity, it's that next month could signal the beginning of a long and fruitful relationship. Unlike your last Tinder match.