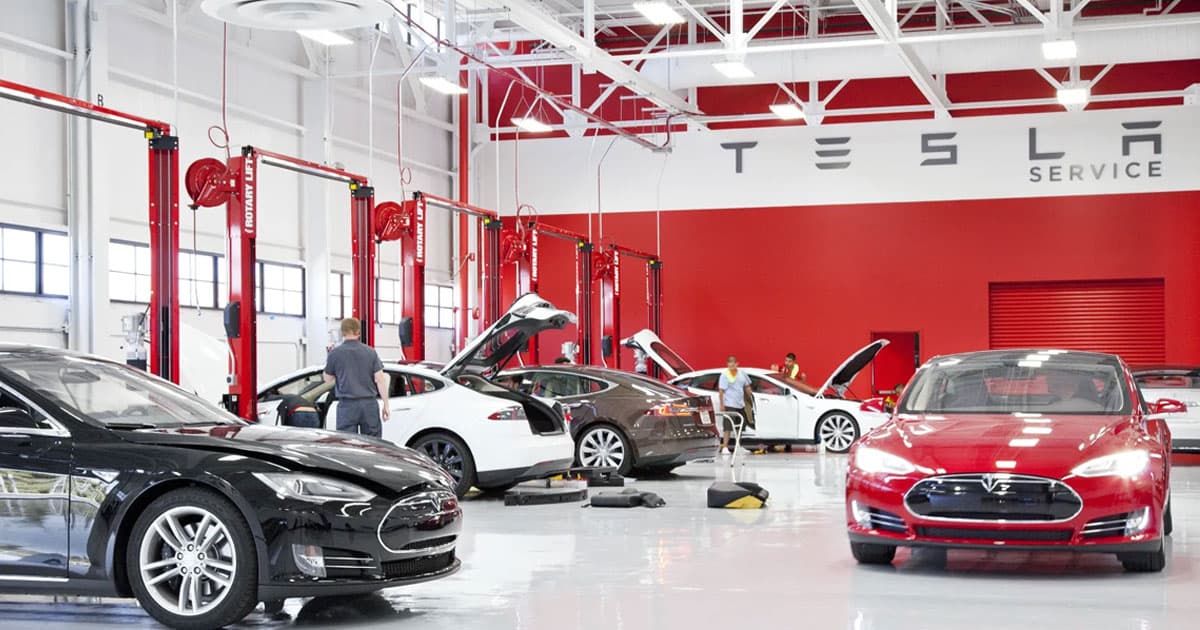 If a new state legislature bill becomes law, Oklahomans may soon have to go out of state to buy and service their Teslas.

If the bill passes through the entire state legislature, it could “force Tesla to close its existing locations in Oklahoma AND prevent Tesla from shipping cars to anyone in the state,” as the company complained in a February campaign, encouraging Oklahomans to contact their representatives.

To many, the new bill is part of a much greater anti-EV push in the US, aimed at protecting the country’s existing automotive industry from emerging players like Tesla.

Oklahoma and Mississippi want to ban flush toilets to protect the outhouse digging industry. Oops sorry my mistake. They're banning electric cars to protect a gas industry that pollutes the lungs of children & leads to numerous war casualties. https://t.co/le7KHOzVtZ pic.twitter.com/uQRSZ0U5rj

Even though Oklahoma lobbied to get Tesla to build one of its Gigafactories in Tulsa back in 2020, Tesla sees the bill as a way for lawmakers to punish “EV manufacturers like Tesla,” according to its February campaign.

In many ways, the new bill is part of a much greater anti-EV movement, with other states including Mississippi and West Virginia passing similar bills targeting electric car manufacturers.

Many of these efforts are symbolic rejections of the Biden administration’s green energy plan, which is slated to provide tax incentives to EV manufacturers and fund the construction of EV charging centers across the nation.

While Congress isn’t quite as fiery a battleground for the EV debate, state legislatures are much more vulnerable to this kind of piecemeal lobbying and, as such, are clearly better poised to take up the mantle on behalf of old-school automakers.

If the new bill in Oklahoma becomes law, it’ll set a jarring precedent, even as the federal government aims to provide incentives for the manufacturing of EVs.