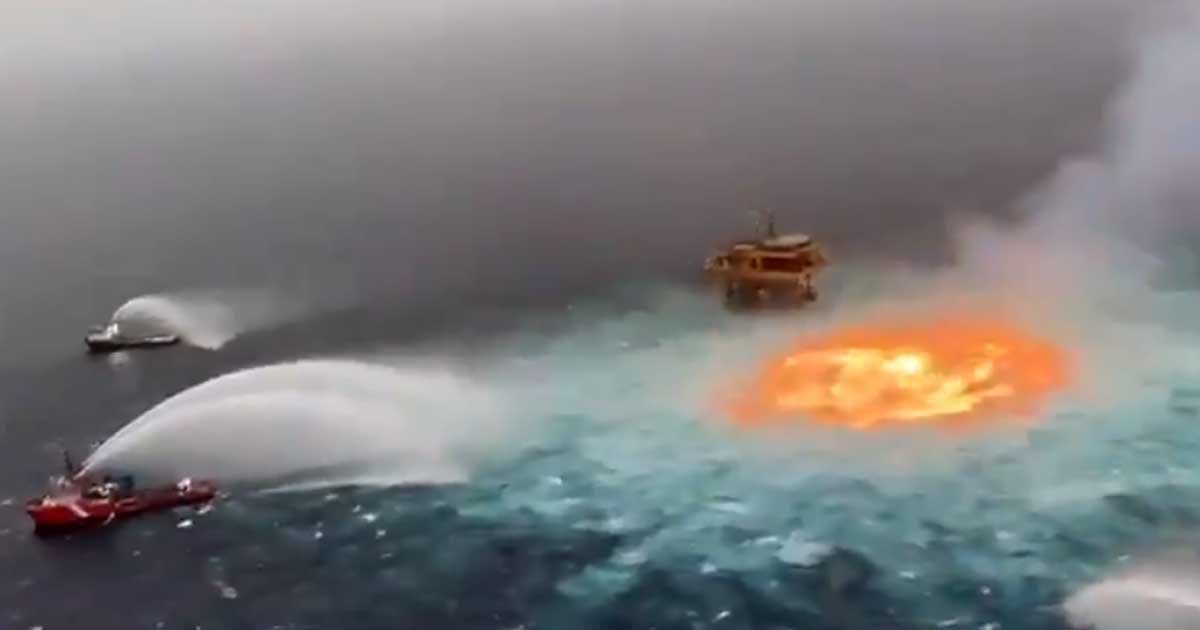 Is it time for round two?

Is it time for round two?

Remember that fiery portal to hell that seemingly opened up in the Gulf of Mexico last year? Well, not to alarm you, but it's leaking methane now.

A quick refresher for the uninitiated: back in July of 2021, an oil and gas pipeline in the Gulf of Mexico caught fire after the company that owns it, Pemex, said lightning struck an undersea gas leak. The ocean churned with orange waves of flames for at least six hours before being extinguished.

And now the same rig, called Ku-Maloob-Zaap, is currently leaking methane by the ton.

Earlier this week, Reuters reported that Ku-Maloob-Zaap leaked around 44,064 tons of methane into the atmosphere in just 24 days in August. That’s the equivalent of leaking 3.7 million tons of carbon dioxide, or about the same amount as 719,926 combined homes use in electricity per year, according to the Environmental Protection Agency (EPA).

In other words, it's a staggering environmental disaster. Yesterday, Gizmodo reported that methane doesn't stay in the atmosphere as long as CO2, but it's estimated to be 80 times more dangerous as a greenhouse gas.

It all leads to the question: at what point will the danger that fossil fuels pose to humanity outweigh the profits made from it?

More on Earth & energy news: The Doomsday Glacier Is Hanging On "By Its Fingernails," Scientists Say