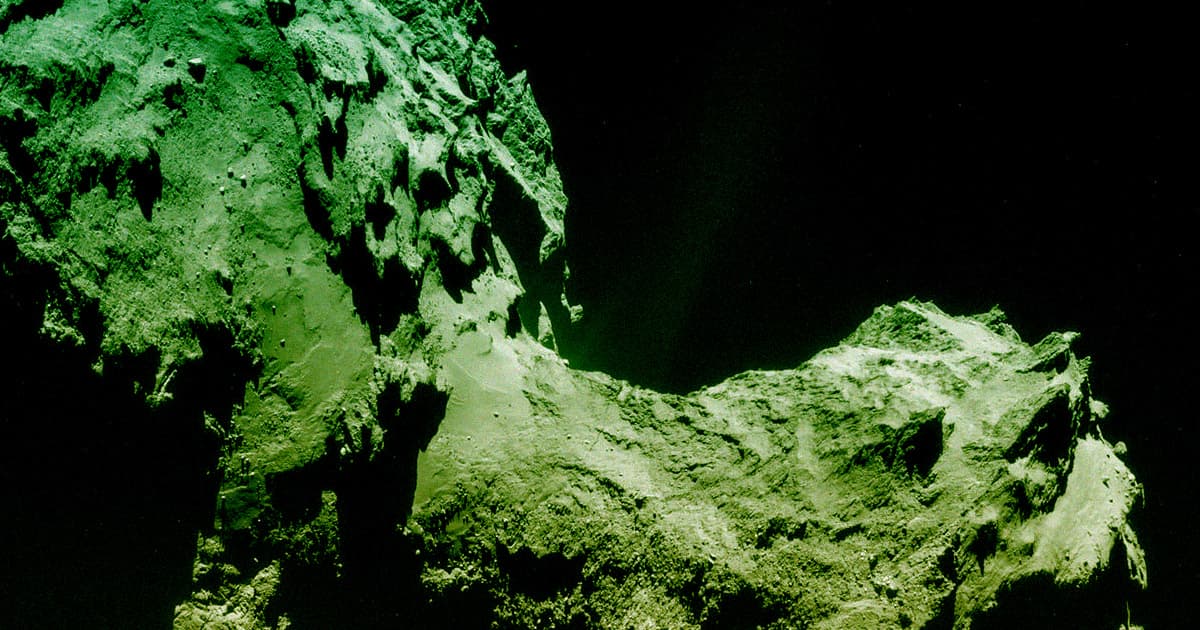 An unexpected discovery could help us understand where life on Earth originated.

An unexpected discovery could help us understand where life on Earth originated.

A team of astronomers have spotted two mysterious objects in the asteroid belt between Mars and Jupiter that appear to be loaded with organic matter, possibly including the building blocks of life on Earth, The New York Times reports.

The two rocks, dubbed 203 Pompeja and 269 Justitia, showed up as glowing red in astronomical observations, far redder than any other known object in the asteroid belt. Objects devoid of organic material reflect far more blue light, but ones that hold more organic materials show up as red in observations.

The two asteroids, 70 and 35 miles across, could offer us clues about the chaotic early days of our solar system, billions of years ago — not to mention a sign that our cosmic neighborhood is still full of astonishing discoveries.

The fact that the two asteroids showed up so red came as a surprise to the international team of researchers.

"In order to have these organics, you need to initially have a lot of ice at the surface," MIT's Michaël Marsset, a co-author of a paper about the research published in the The Astrophysical Journal Letters this week, told the NYT. "So they must have formed in a very cold environment. Then the solar irradiation of the ice creates those complex organics."

If confirmed, the two objects could provide proof of the planetary migration occurring during the early stages of our solar system. One prevalent theory suggests that Saturn, Uranus and Neptune moved outwards as Jupiter moved inwards over hundreds of millions of years. This movement would send remaining bits of planets careening all over the solar system.

"It’s an exciting discovery with implications for the origins of life," Karin Öberg from Harvard University, who was not involved in the new study, told the newspaper.

But before we can figure out once and for all where 203 Pompeja and 269 Justitia came from, we'll have to have a look for ourselves.

READ MORE: 2 Red Objects Were Found in the Asteroid Belt. They Shouldn’t Be There. [The New York Times]

More on the asteroid belt: Is the Asteroid Belt What’s Left of an Obliterated Planet?