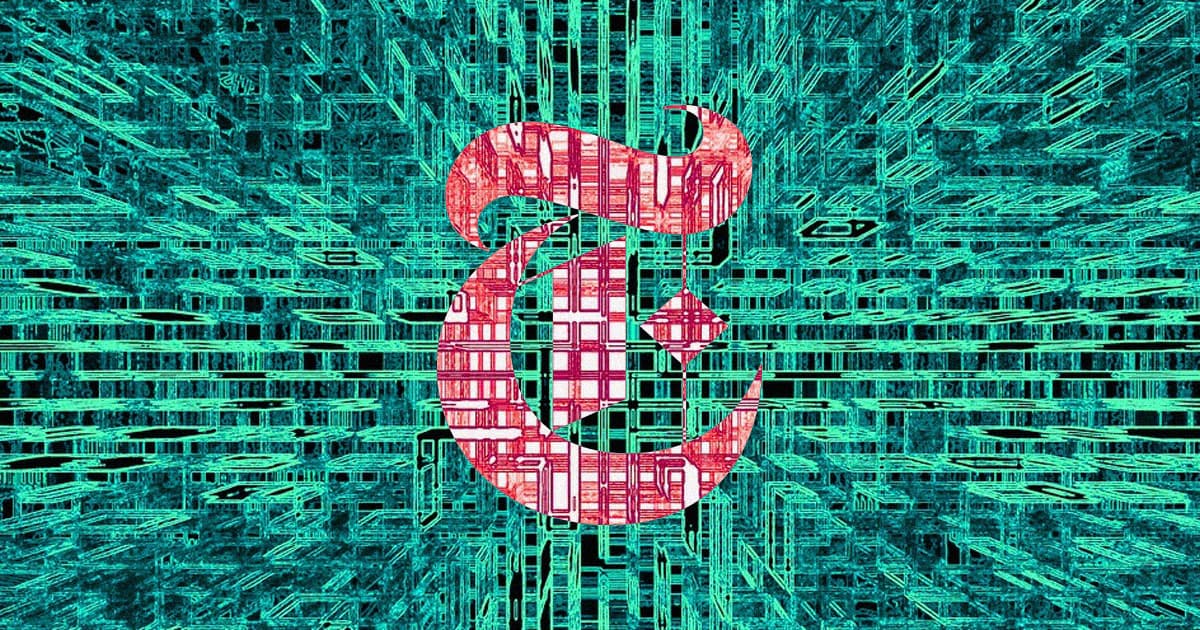 The NYT Fired the Person Who Protects Its Reporters From Hackers

Is the New York Times putting its journalists — and sources — at risk?

Is the New York Times putting its journalists — and sources — at risk?

In a newsroom, strong cybersecurity not only protects journalists and other staffers from hacks and other threats, but also protects their sources, some of whom may be put at risk by having their identities disclosed. By eliminating the security-focused role, the NYT seems to be leaving individual staffers to fend for themselves.

Today the @nytimes chose to eliminate my role, stating that there is no need for a dedicated focus on newsroom and journalistic security. I strongly believe in what I do (and what we did), and to say I’m disappointed would be an understatement. (1/3)

It's unclear what will change about the NYT's cybersecurity protocols without Sandvik, but hopefully they don't fall by the wayside.

In May, Wired reported that hackers breached the encrypted messaging service Whatsapp. Just last week, CNN ran an experiment to see if a hacker could steal one of its tech reporters' data — and the hacker succeeded almost immediately.

All that is to say that digital security is never quite as strong as new organizations might assume, and journalists working high-stakes stories ought to have an extra set of eyes looking out for them.

Sobering News
Ukrainian Hackers Allegedly Cut Off Russian Soldiers' Beloved Vodka Supply
May 7
Read More
All Tomorrow's Hackers
Grimes Says She Got Hackers to Shut Down a Blog She Didn't Like
Mar 26
Read More
USDA Certified Piracy
Someone Appears to Have Hacked the USDA's Website to Share Pirated Movies
Jan 22
Read More
+Social+Newsletter
TopicsAbout UsContact Us
Copyright ©, Camden Media Inc All Rights Reserved. See our User Agreement, Privacy Policy and Data Use Policy. The material on this site may not be reproduced, distributed, transmitted, cached or otherwise used, except with prior written permission of Futurism. Articles may contain affiliate links which enable us to share in the revenue of any purchases made.
Fonts by Typekit and Monotype.