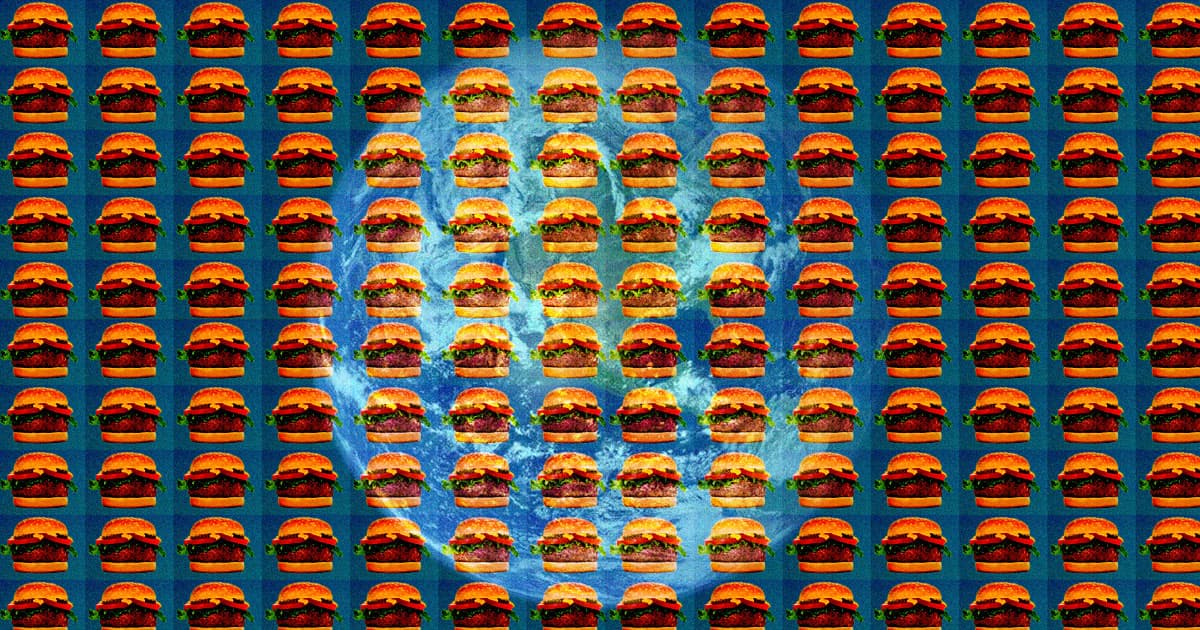 "We are still not winning in any sector."

"We are still not winning in any sector."

Rejoice, burger lovers! According to a new report from the World Resource Institute (WRI), those who live in the developed world can still eat delicious burgers and not entirely destroy the planet— as long as they make sure to cap consumption at about two normal-sized patties per week.

One catch, though: those two burgers will have to be the only meat you eat at all that week. So, uh, maybe tone down the celebration just a little.

This revelation, among many others, was found in the WRI's annual State of Climate Action report, the latest installment of which was published earlier today by the global nonprofit. For the report, researchers examined exactly how much — or, rather, how little — progress was made in 40 different key climate indicators, ranging from transport to renewable energies to, yes, meat consumption and more.

Burgers aside, we aren't exactly doing so hot in any of the categories.

Per the report, if humans are to avoid the worst of climate catastrophes, we'll have to do a lot of difficult things a lot faster than we're doing them today. Among other very tall tasks, coal will need to be phased out six times more quickly than is being done so today; the amount of available public transport has to expand, also at rates six times faster. Deforestation rates, too, must drop dramatically, while a rapid increase in the use of fossil fuels is cause for alarm as well.

"The world has seen the devastation wrought by just 1.1 [Celsius] of warming," Ani Dasgupta, the chief executive of the World Resources Institute, told The Guardian. "Every fraction of a degree matters in the fight to protect people and the planet."

As far as limiting meat goes, the researchers, like many others, cite agricultural emissions — a phenomenon that's been well on the rise since the dawn of the industry's industrialization — as a main cause for concern within the sector.

That being said, for cholesterol's sake, you probably shouldn't eat more than two burgers a week anyway. In any case, though, maybe this week, in the spirit of the State of Climate Action 2022, sub at least one meaty meal — burger or otherwise — for a vegetable dish instead.

"We are seeing important advances in the fight against climate change," Dasgupta continued to the Guardian, "but we are still not winning in any sector."