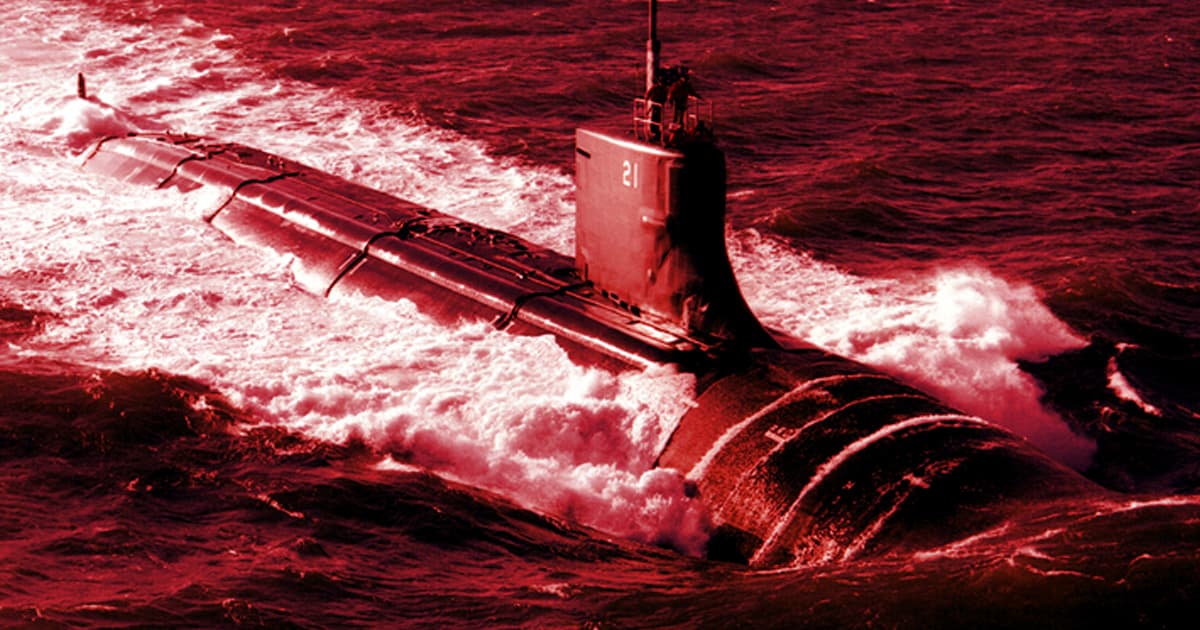 US Nuclear Sub Damaged in Collision With "Unknown Object"

A Chinese official voiced "grave concerns" over the incident.

A Chinese official voiced "grave concerns" over the incident.

According to a statement by the US Navy, the nuclear submarine USS Connecticut sustained damage and several injuries after colliding with an "unknown object" in the South China Sea, CBS News reports.

The submarine is now making its way to Guam to assess the damage.

It's a hair-raising incident given the location. China, the US, and its allies including the UK have repeatedly made competing territorial claims in the area — making even the possibility of outright conflict alarming.

Fortunately, it sounds like it wasn't much of a hit. Two crew members sustained "moderate" injuries, while others got away with only minor bumps and bruises, according to CBS.

The Connecticut, a nuclear-powered fast-attack submarine, hit the mysterious object on October 2 "while operating in international waters in the Indo-Pacific region."

The Navy emphasized that the vessel "remains in a safe and stable condition" and that its nuclear-powered propulsion and related systems "were not affected and remain fully operational."

"I want to stress that the root cause of the incident, which also poses a serious threat and significant risks to regional peace and stability, is the US' constant stirring up of trouble in the South China Sea over a long period of time," Foreign Ministry spokesperson Zhao Lijian said in a statement Friday, as quoted by the Global Times.

The region is a serious powderkeg right now. The US and Britain recently agreed to supply nuclear-powered submarines to Australia's military, prompting yet more backlash from China. China also ordered the US to cut off military ties with Taiwan today, moves that have officials worried of an impending military grab.