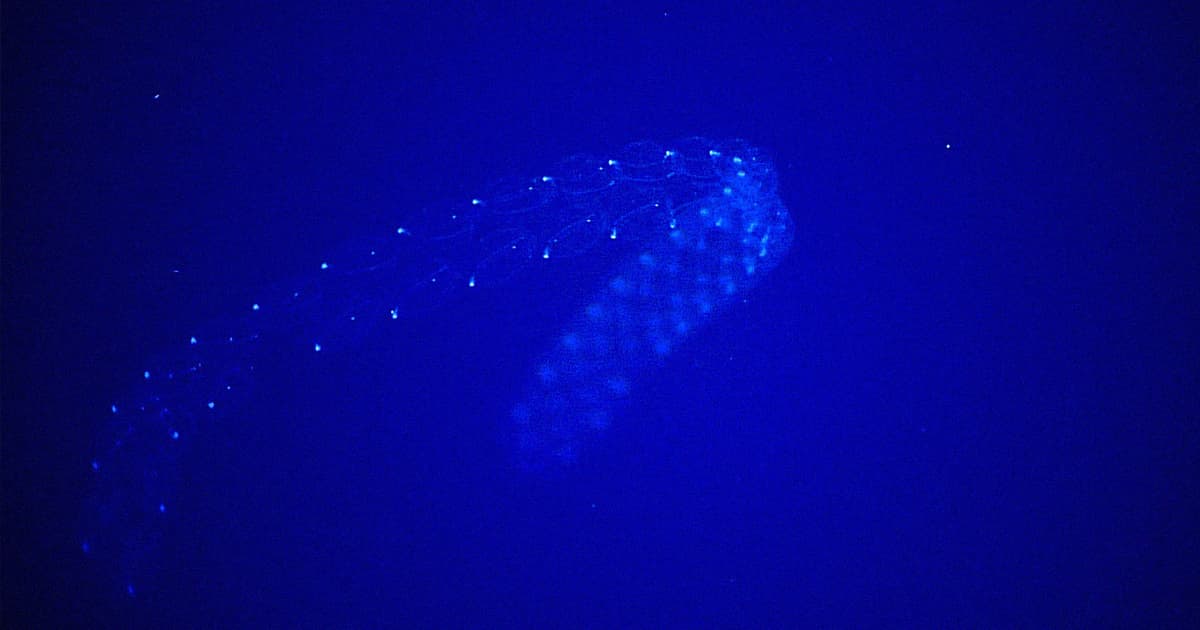 Cooling systems were clogged up entirely.

Cooling systems were clogged up entirely.

In a matter of just three weeks, the critters — which Bloomberg described, memorably, as "jellyfish-like organisms" — clogged up water intake valves used to cool down reactors at the Korea Hydro and Nuclear Power Company's cooling units on two separate occasions.

Sea salps are able to form meters-long chains and generally can be found drifting through the ocean in more frequent numbers around June. Thanks to unusually warm weather currents, they're already showing up in increasing numbers.

"We can’t say yet if the surge in salps is due to the changing climate or other factors," research scientist at National Institute of Fisheries Science Youn Seok-hyun told Bloomberg. "It should be regarded as a temporary phenomenon unless we see a continuous increase over the next decade."

While the incident might not necessarily be directly linked to climate change, researchers have previously suggested that salps have spread significantly around the world as a result of climate change.

The trend is likely to continue. "Given the current trend, there’s a possibility we may see more of these shutdowns at reactors in the coming years," Chae Jinho, the head of Marine Environment Research and Information Laboratory, told Bloomberg.

In January, a French nuclear plant had to shut down four of its reactors as a result of fish getting stuck in the filters of the station's pumping station.

It's yet another sign that climate change can have a real impact. As a result of warmer oceans, marine life is starting to spread in often unpredictable ways — with results that can even impact nuclear infrastructure.