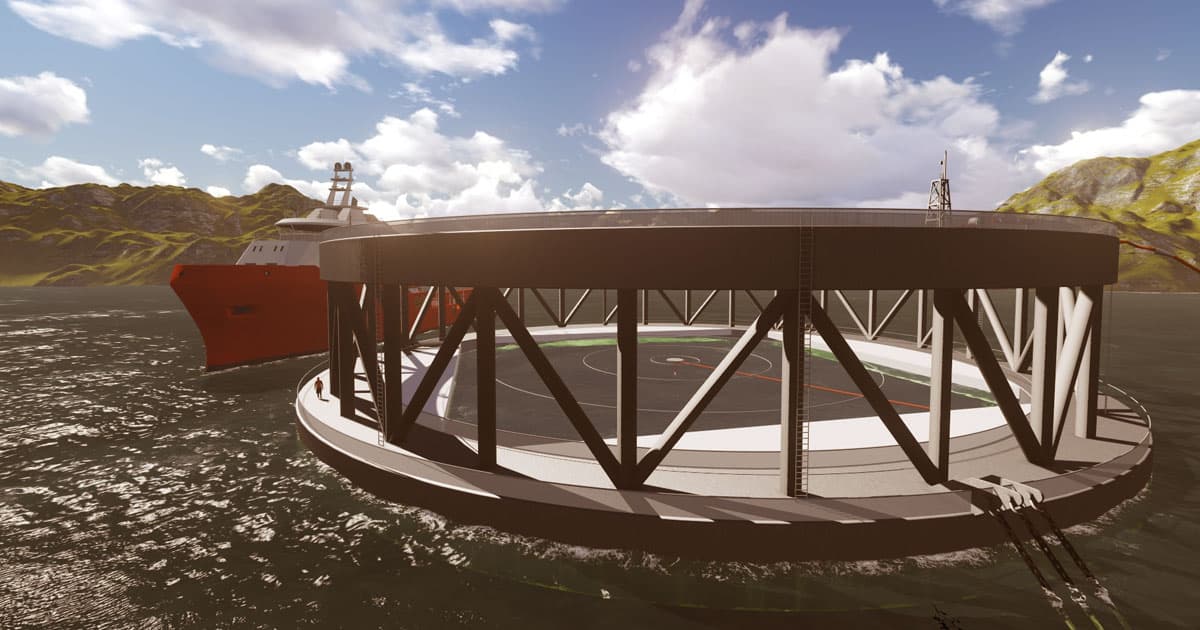 The fish pen is designed to survive the harsh environment of the open ocean, while housing up to 600,000 full grown salmon.

The fish pen is designed to survive the harsh environment of the open ocean, while housing up to 600,000 full grown salmon.

Norwegian company Arctic Offshore Farming has developed a new remote-controlled fish pen that could both reduce the cost of feed and minimize salmon dying from sea lice. The company is planning to test out the first pen off the Norwegian coast in 2020.

The demand for salmon is booming: the industry is expected to grow four-fold by 2050. And as IEEE Spectrum points out, half of the operational costs of raising captive fish goes to feeding them. So finding ways to reduce those costs while minimizing mortality will become extremely important.

The fish pen is designed to survive the harsh environment of the open ocean while housing up to 600,000 full grown salmon at a time.

The pen is also equipped with wireless gauges, live-feed cameras, and even automatic feeders that could give fish farmers the ability to operate it remotely. A barge would only have to make the trip once every week or two to refill the feeders.

A special underwater feeding system could help cut energy costs by 50 percent. Since sea lice live closer to the surface, the need to "delouse" the fish would be practically eliminated. The pen would also provide the fish "large artificial air surface" to help them adjust to living underwater for long periods of time.

More on salmon fishing: FDA Allows Genetically Modified Salmon Imports in the US