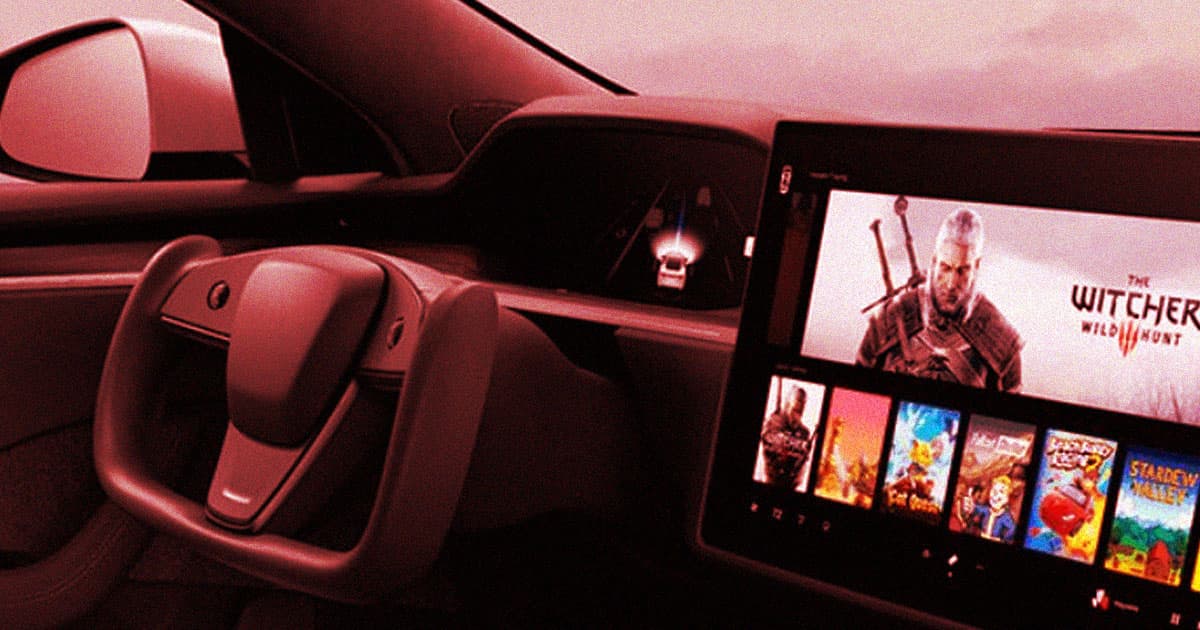 Driving While Under the Influence of Gaming

"We are aware of driver concerns and are discussing the feature with the manufacturer."

"We are aware of driver concerns and are discussing the feature with the manufacturer."

Tesla owners were shocked to find that they were able to play elaborate video games while driving their vehicles, a surprisingly egregious interface decision that could lead to distracted driving on public roadways.

"I was just dumbfounded that, yes, sure enough, this sophisticated video game came up," retired broadcast journalist Vince Patton told the Associated Press.

Now, the National Highway Traffic Safety Administration (NHTSA) has confirmed to the AP that it is looking into the issue.

"We are aware of driver concerns and are discussing the feature with the manufacturer," a spokeswoman wrote in a statement to the wire service. "The Vehicle Safety Act prohibits manufacturers from selling vehicles with design defects posing unreasonable risks to safety."

The news comes after the regulator officially announced a separate investigation after several Teslas on Autopilot reportedly crashed into emergency response vehicles that were pulled over with sirens or flares.

It's astonishingly easy, apparently, to trick Tesla's software into thinking a passenger is playing a game. The driver can easily lie and press a button confirming they are a passenger — not the driver — when prompted before starting the game.

"That’s not much of a safety barrier," Patton told the AP.

The defect could lead to a recall if the NHTSA deems it dangerous enough.

"NHTSA’s recent statements would suggest this feature has been in violation of both the spirit and letter of NHTSA’s driver distraction guidelines and the law," Jason Levine, CEO of the nonprofit Center for Auto Safety, told the AP.

Tesla has yet to officially comment on the matter.

More on the affair: Tesla Is Now Letting Drivers Play Video Games While the Car Is Moving