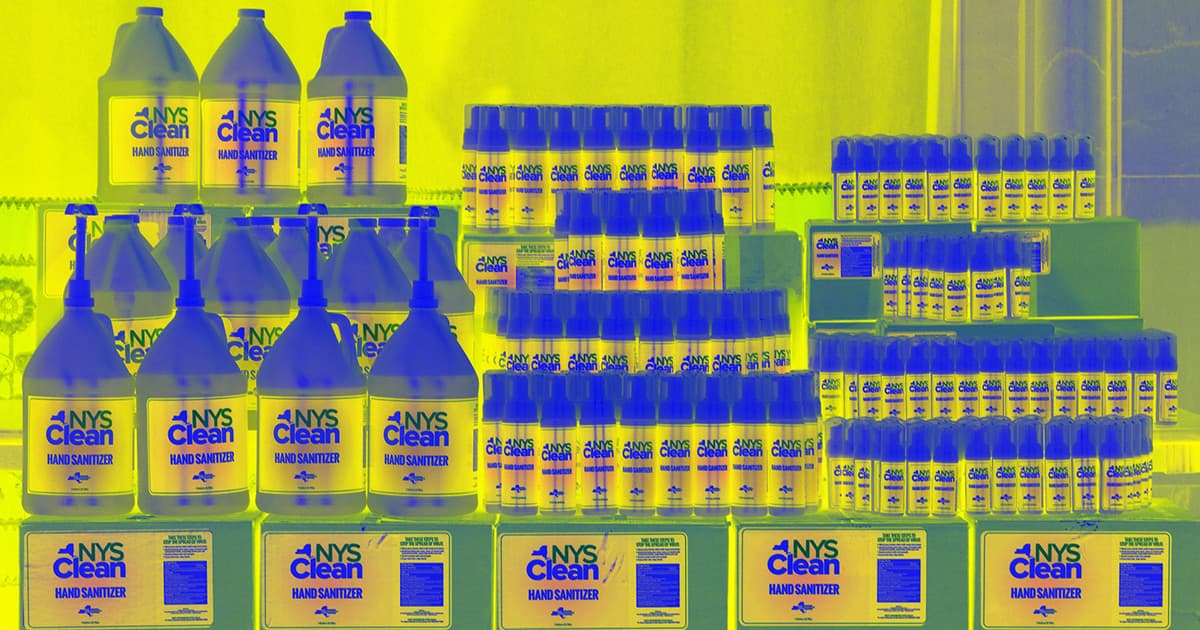 "This is nothing less than slave labor and it must end."

"This is nothing less than slave labor and it must end."

New York governor Andrew Cuomo has an idea to tackle a hand sanitizer shortage, The New York Times reports: use prison labor to make more of the stuff.

Cuomo has enlisted the help of Corcraft, New York's prison-based product company to produce about 100,000 gallons per week — a response, he said, spiking product prices.

"You don’t even have the floral bouquet," Cuomo said at a briefing on Monday, as quoted by the Times, referring to Corcraft's reported floral aroma. "So stop price gouging," he added.

Stop to Smell the Roses

And at around $6.10 per gallon bottle, it's cheaper "than to buy it on the open market," according to Cuomo.

"I detect lilac, hydrangea, tulips," Cuomo added after pulling back the curtains on two big jugs of the new "NYS Clean" hand sanitizer at Monday's briefing.

Unsurprisingly, not everybody's happy with the plan. New York inmates only get paid 62 cents an hour, but according to experts, that number can fall all the way down to just 10 cents in some cases.

"These individuals work for less than a dollar a day under threat of punishment — including solitary confinement — if they refuse," the Legal Aid Society said in a statement. "This is nothing less than slave labor and it must end."

Walls Up
China Is Building a Huge New Wall to Allegedly Keep COVID Out
Feb 3
Read More
Sympathy for the Devil
Vegan Anti-Vaxxer Dies of COVID After Opposing Vaccine Animal Testing
11. 29. 21
Read More
Season's Greetings
How to Talk to Your Annoying Family About Vaccines
11. 22. 21
Read More
+Social+Newsletter
TopicsAbout UsContact Us
Copyright ©, Camden Media Inc All Rights Reserved. See our User Agreement, Privacy Policy and Data Use Policy. The material on this site may not be reproduced, distributed, transmitted, cached or otherwise used, except with prior written permission of Futurism. Fonts by Typekit and Monotype.