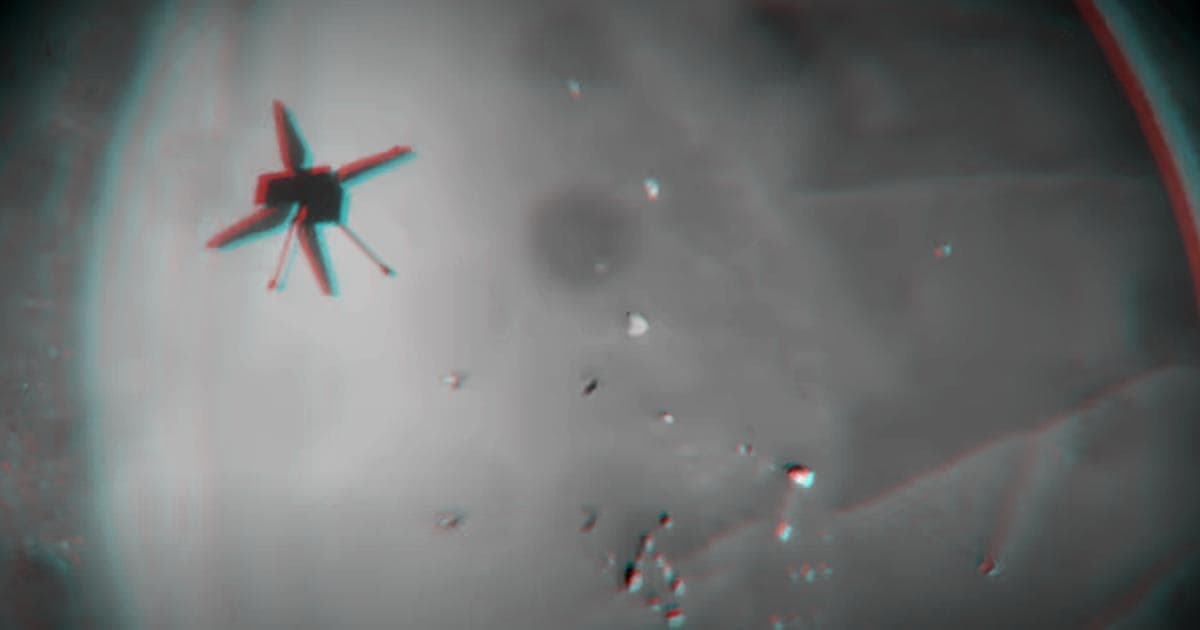 "We are now operating far outside our original design limits."

"We are now operating far outside our original design limits."

It's no secret that NASA's Ingenuity Mars helicopter has gone far and beyond its original task of flying just five times above the Martian surface to prove that electric helicopters like it could give us a valuable new tool in exploring the surface of distant planets.

But it's vastly overperformed, already carrying out many times that number of flights. During its 25th flight on April 18, in fact, the tiny four-pound rotorcraft really outdid itself, covering just over 2,300 feet at a brisk 12 mph, in a flight that took just over 2.5 minutes.

The drone even managed to capture slick footage of its longest and fastest flight yet, as seen in an awe-inspiring video shared by NASA.

It's the kind of out-of-this-world perspective that only NASA's Ingenuity helicopter could've afforded us.

"For our record-breaking flight, Ingenuity’s downward-looking navigation camera provided us with a breathtaking sense of what it would feel like gliding 33 feet above the surface of Mars at 12 miles per hour," said Ingenuity team lead Teddy Tzanetos, from NASA's Jet Propulsion Lab, in a blog post.

The tiny helicopter completed its latest flight at an altitude of 33 feet, reaching top speed in less than three seconds. The terrain underneath it can be seen changing from ripples of sand to fields of rock, a tantalizing view of the Red Planet's Jezero Crater.

Next, the poor helicopter has to prepare for Martian winter. The team at JPL already suspects plummeting temperatures may have played a role in the helicopter's communications link breaking up for the first time ever earlier this month.

"We are now operating far outside our original design limits," the team writes in a recent blog post. "Historically, Mars is very challenging for spacecraft (particularly solar-powered spacecraft). Each sol could be Ingenuity’s last."

More on the helicopter: Mars Helicopter Flies Over NASA Wreckage