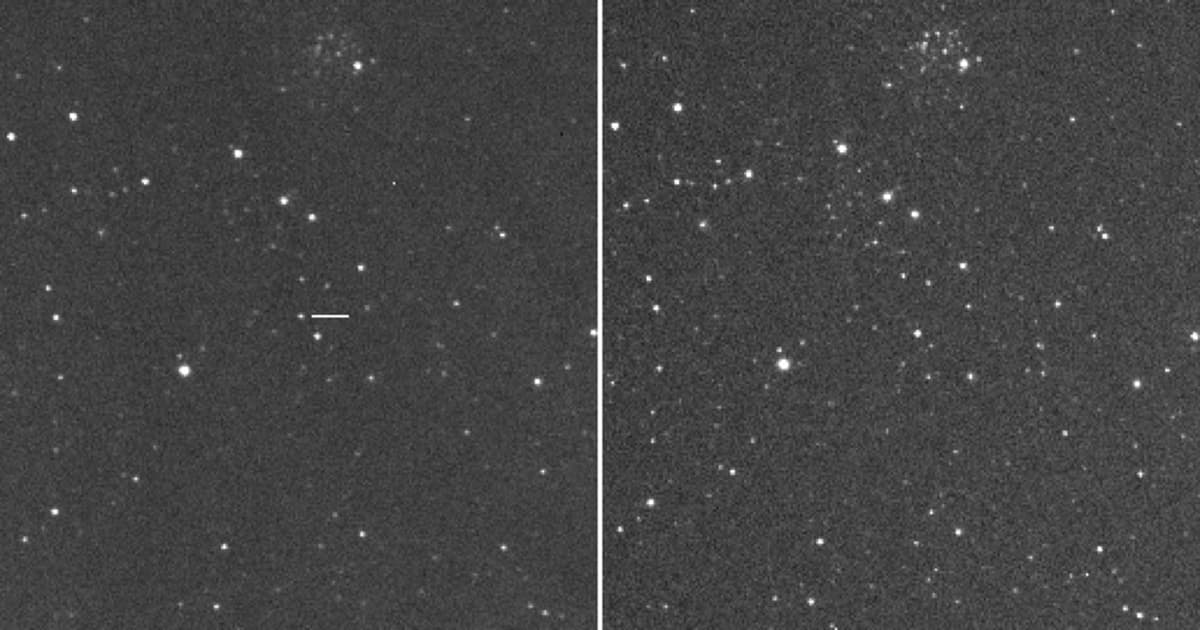 A New Object Just Appeared In This Constellation

You can see it from your backyard.

You can see it from your backyard.

A recent addition to the night sky last week should excite stargazers everywhere: a bright new nova in the Cassiopeia constellation.

Yuji Nakamura, a Japanese amateur astronomer, discovered the new light source in Cassiopeia last Thursday, according to Astronomy. Researchers at Kyoto University verified the findings at the Okayama Observatory as a "classical nova," a phenomenon that occurs when a white dwarf absorbs matter from a neighboring companion star.

Nakamura managed to capture images of the nova, which you can see below:

On the left, you can spot the new object in the Cassiopeia constellation (there’s a line added next to it to indicate the location). On the right, you can see what the constellation looked like before its appearance.

Astronomers observing the nova indicate that it has grown brighter since it was first discovered last week. Images taken as recently as March 19 indicate that it has reached magnitude 7.49, making it bright enough to spot from your own backyard with a pair of binoculars or telescope.

If you do have some binoculars handy and you’re away from light pollution, here’s how you can spot the nova yourself:

First, look towards the northwest sky after the sun sets. Then find the “W” of Cassiopeia.

Finally, follow the right line of the “W” down and it should point you towards the nova (see image below).

Alternatively, if you have more advanced stargazing equipment, you can just punch in the following coordinates (as provided by Astronomy) to find the nova:

As with so many things stargazing related, there’s no telling how long the new object will be visible. So be sure to head out and catch a glimpse of it if you can — it could be a once in a lifetime event.

Researchers Have Just Found the Star System That Caused a Nova Explosion 600 Years Ago
8. 30. 17
Read More
RIP Fred
Instead of Predicting Length of Winter, Groundhog Simply Dies
4:57 PM
Read More
Cat and Mouse
SpaceX to Launch "Hunter" Satellites for Targeting Rival Spacecraft
3:38 PM
Read More
+Social+Newsletter
TopicsAbout UsContact Us
Copyright ©, Camden Media Inc All Rights Reserved. See our User Agreement, Privacy Policy and Data Use Policy. The material on this site may not be reproduced, distributed, transmitted, cached or otherwise used, except with prior written permission of Futurism. Articles may contain affiliate links which enable us to share in the revenue of any purchases made.
Fonts by Typekit and Monotype.