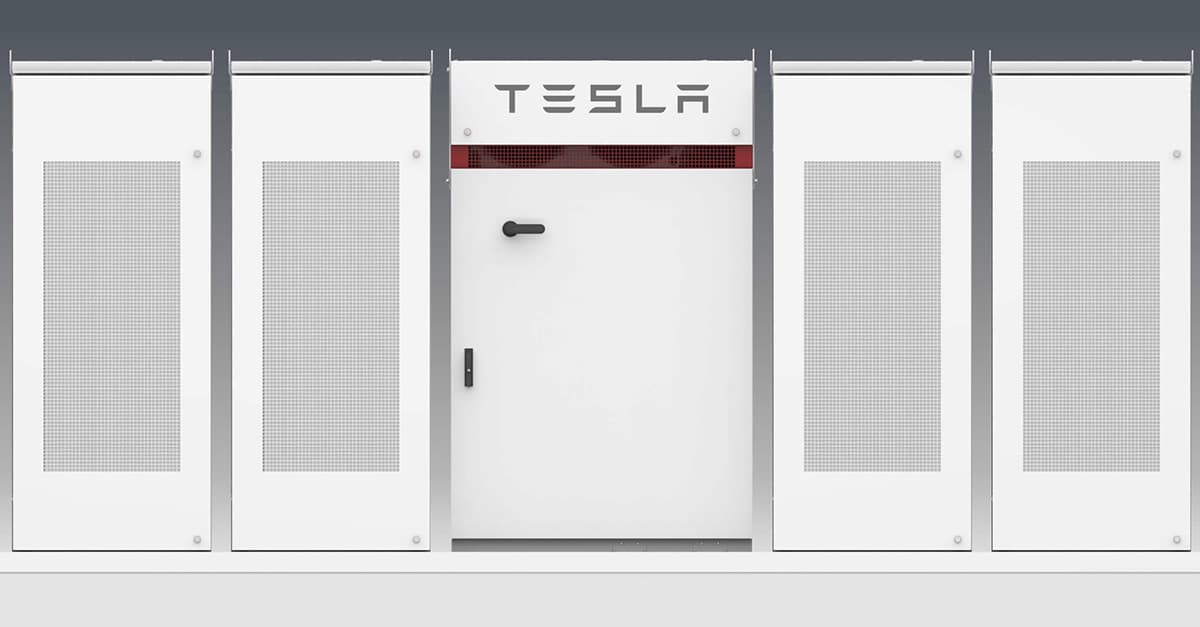 It's 12 times as powerful as its predecessor.

It's 12 times as powerful as its predecessor.

When Tesla debuted its Powerpack 2 energy storage system in 2016, Business Insider heralded it as "massive." The idea was to standardize a power storage unit that could be deployed en masse to store extra energy from the grid and then dole it out when it was needed.

Now the blog Electrek has obtained a Tesla proposal for a huge Californian energy facility — and details show that the company's upcoming Megapack energy storage system will be twelve times as powerful at the Powerpack 2, a colossal step up for Tesla's energy ambitions.

According to Electrek, a Tesla proposal for an energy storage installation the company is providing for utility company PG&E reveals that each Megapack will consist of a 23-foot (7-meter) battery system. The PG&E substation will call for 449 Megapacks, for a total of 1,200 MWh. According to Eletrek's math, that means each Megapack will pack a punch of about 2,673 kWh. The system is scheduled to go online by the end of 2020.

"It’s hard to overstate the size of this project," wrote Electrek's Fred Lambert. "It could be a game changer for California."

An earlier version of this post misstated the apparent kWh of a Megapack and MWh of the PG&E project. It has been updated.