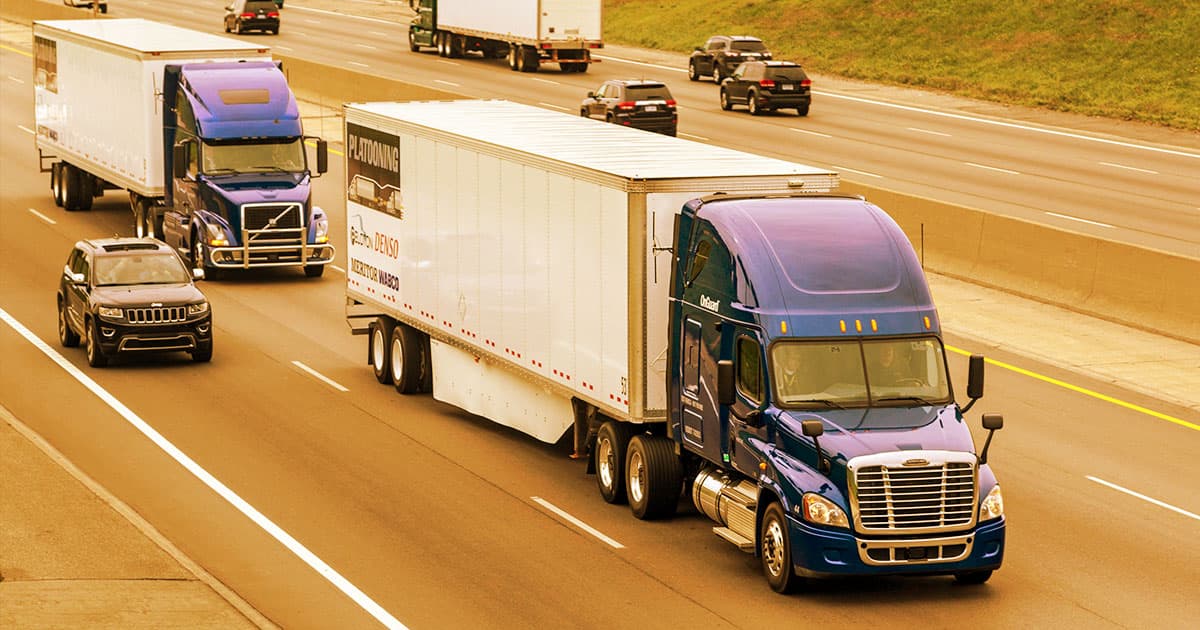 A clever system: whatever the "lead" truck does, the "follow" truck copies.

A clever system: whatever the "lead" truck does, the "follow" truck copies.

Peloton Technology's vision of the future of truck automation includes trucks that aren't autonomous at all.

At the recent Automated Vehicle Symposium in Orlando, Fla., the Silicon Valley-based startup unveiled Automated Following, a new system that grants a truck an extraordinary degree of self-driving autonomy — by designing it to copy the actions of a human-driven truck.

The Automated Following system works by duplicating the steering and braking instructions of a second, human-driven truck, creating a "platoon" of two vehicles, Peloton said in a press release.

"We’ve taken a different approach to commercial introduction of automation in class 8 vehicles," CEO Josh Switkes said in the release. "We see the drivers as the world’s best sensors, and we are leveraging this to enable today’s drivers to be more productive through automated following platoons."

Peloton doesn't say in the release how far along it is with testing the Automated Following system.

However, if/when it's road-ready, the tech has the potential to save trucking companies a lot of money — platooning trucks produces aerodynamic benefits that can cut down on fuel cost, not to mention decrease congestion, carbon emissions, and accidents.

More on platooning: "Platoons" of Self-Driving Semi Trucks Will Be Hitting U.K. Roads

Autonomous Hotel
Futuristic Hotel Suite Would Drive You Around While You Sleep
1. 3. 19
Read More
A New MIT Project Could Bring Driverless Cars to Rural Roads
5. 7. 18
Read More
Uber Plans To Launch Flying Taxis With Technology That Doesn’t Exist
5. 7. 18
Read More
+Social+Newsletter
TopicsAbout UsContact Us
Copyright ©, Camden Media Inc All Rights Reserved. See our User Agreement, Privacy Policy and Data Use Policy. The material on this site may not be reproduced, distributed, transmitted, cached or otherwise used, except with prior written permission of Futurism. Articles may contain affiliate links which enable us to share in the revenue of any purchases made.
Fonts by Typekit and Monotype.