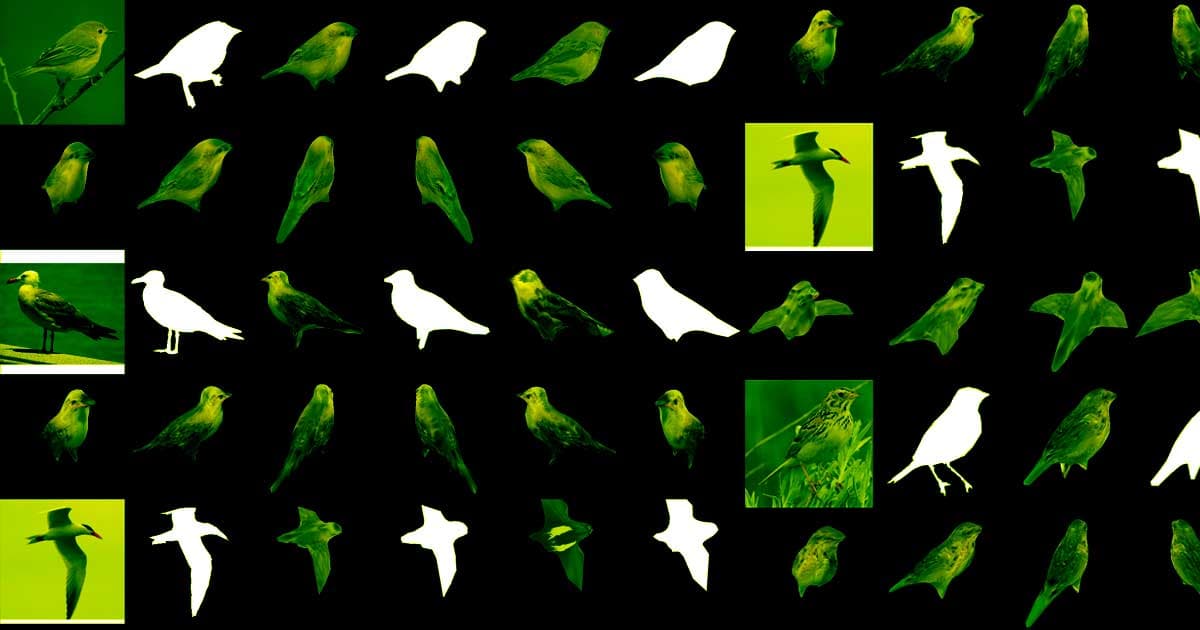 And it does so in less than 100 milliseconds.

And it does so in less than 100 milliseconds.

NVIDIA has built an artificial intelligence that can create a detailed 3D model of an object — all from just a single image of it.

The system, dubbed the “differentiable interpolation-based renderer” (DIB-R), is the first AI to manage that feat, and also produces its models in less than 100 milliseconds — a capability that NVIDIA says could make the AI ideal for use in autonomous robots.

According to a NVIDIA blog post, it takes about two days to train DIB-R to produce models of certain type of object.

After training the AI on photos of birds, for example, the researchers could feed it a photo of a bird it hadn’t seen before, and the system could speedily produce a 3D model of the bird predicting its shape, color, and texture.

NVIDIA opined that autonomous robots could use DIB-R to improve their depth perception, allowing them to navigate their 3D environments more easily.

Conversely, it could also allow humans to one day create and virtually explore 3D models of environments captured in photographs.

“Imagine you can just take a photo and out comes a 3D model, which means that you can now look at that scene that you have taken a picture of [from] all sorts of different viewpoints,” researcher Sanja Fidler told VentureBeat. “You can… take old photographs in your photo collection and turn them into a 3D scene and inspect them like you were there, basically.”

More on NVIDIA: New AI Can Make a Vid of You Dancing Like a Pro From a Single Pic