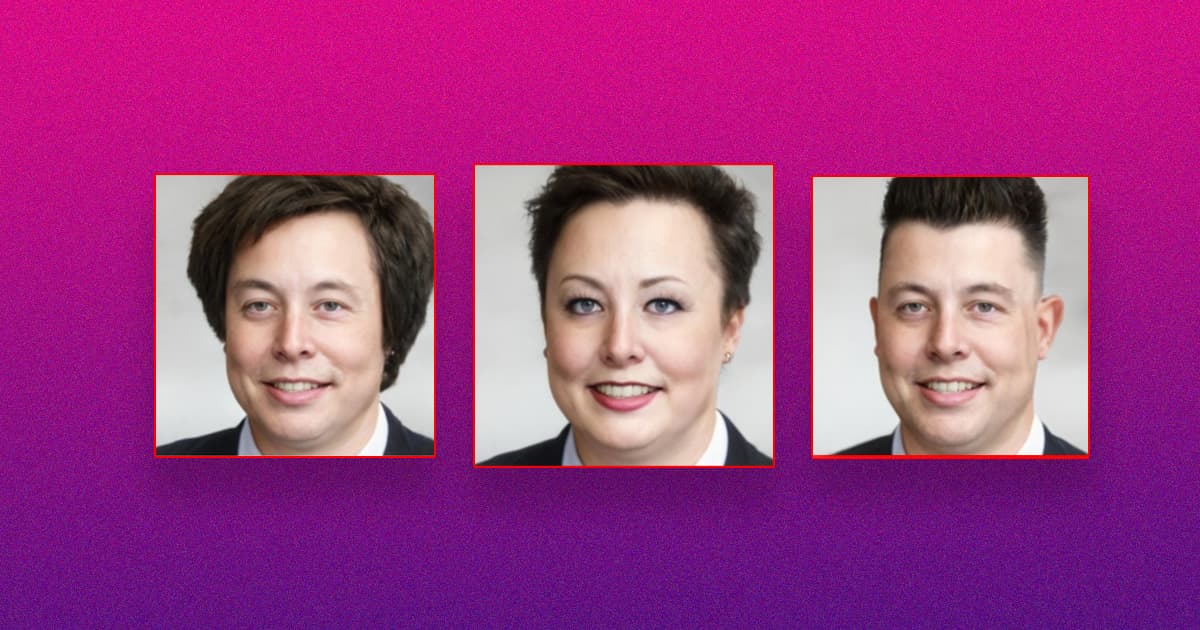 A team of researchers from Israel have devised a way of making photorealistic changes to photos using AI-based generative adversarial networks — simply by asking the user to input a description of what they want.

The result: a picture of a cat gets turned into a "cute cat" with enlarged eyes simply by typing in the words "cute cat," as seen in their preprint.

But the researchers didn't stop there. They used the same technology to give Tesla CEO Elon Musk a series of makeovers — and they're incredible, as spotted by space enthusiast Scott Manley.

Interesting choice of test subject in this AI paper:https://t.co/bfSonqaGxz pic.twitter.com/5aE5NMdUi5

The looks range from a Karen-esque "Bob Cut" to a "Hi-top Fade" that's straight out of "Starship Troopers." The fringe hair is another particularly frightening vision, giving the billionaire a sparse curtain of hair that covers most of his forehead.

Stare at them enough and you will find yourself forgetting what Musk really looks like (here's a reminder — pre-hair transplant.)

Jokes aside, the ease with which photos can be manipulated with is truly remarkable. Neural networks have come a long way.

Their use has also become increasingly democratized in recent years, allowing practically anybody with a computer to have a go for themselves.

Sometimes, the manipulations can have some pretty hilarious results. The researchers also used their technology to manipulate Facebook CEO Mark Zuckerberg's face, making him appear bald, giving him a pair of glasses, or strapping a goatee to his chin.

So now you know what Elon Musk would like with a bob cut. You're welcome.

Shooting Feet
After Saying He Wanted an Open Algorithm, Elon Musk Just Fired the Twitter Team Responsible for Doing Just That
11. 4. 22
Read More
Common Sensical
Top Facebook Scientist Quietly Plotting "Autonomous" AIs
10. 6. 22
Read More
It's The Little Things
Lazy Scientists Botching Research With Machine Learning They Don't Understand
8. 13. 22
Read More
+Social+Newsletter
TopicsAbout UsContact Us
Copyright ©, Camden Media Inc All Rights Reserved. See our User Agreement, Privacy Policy and Data Use Policy. The material on this site may not be reproduced, distributed, transmitted, cached or otherwise used, except with prior written permission of Futurism. Articles may contain affiliate links which enable us to share in the revenue of any purchases made.
Fonts by Typekit and Monotype.