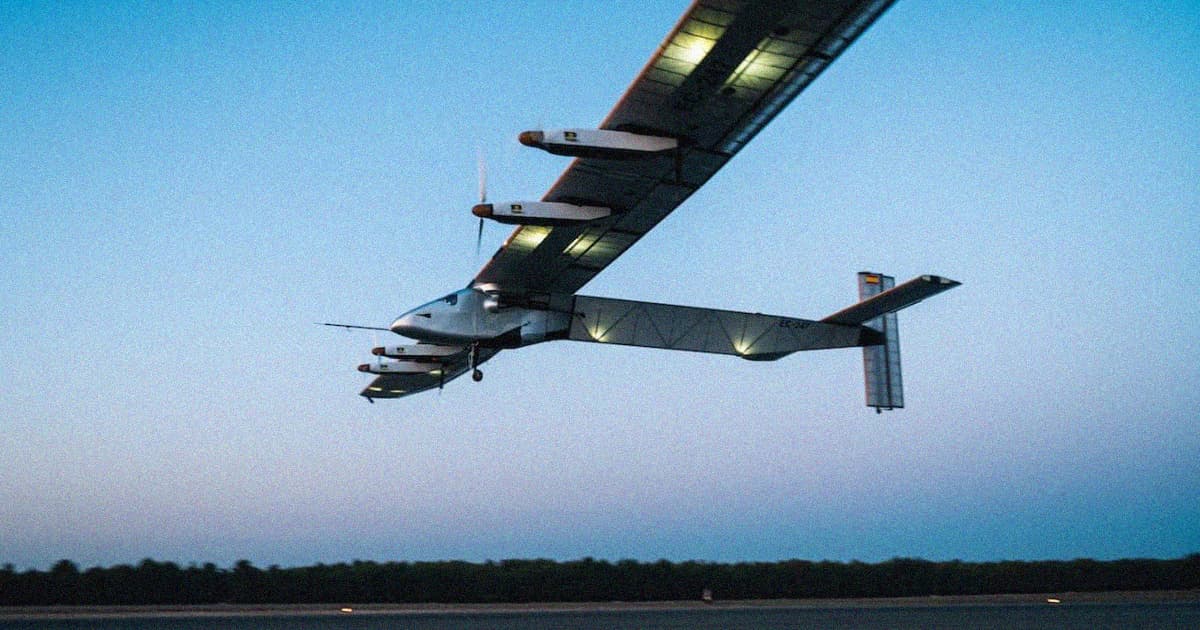 The US Navy is developing an uncrewed aircraft that can remain airborne for 90 days at a time thanks to massive solar panels on each of its wings, New Scientist reports.

The aircraft, evocatively called Skydweller and built by US-Spanish aerospace company Skydweller Aero, could allow the Navy to keep a continuous eye on the surrounding seas while escorting ships months at a time, a major leap for renewable energy-powered aircraft.

The plane builds on the Solar Impulse 2, a crewed solar aircraft that flew around the world in 2015 and 2016. The company converted the design into the Skydweller by removing the pilot seat, which allows for a longer range and more space for larger payloads, among other upgrades and adjustments.

The resulting aircraft has a 236-foot wing span and is covered in 2,900 square feet of photovoltaic cells that generate up to 2 kilowatts of power. It can hold up to 800 pounds of radar and camera equipment, according to Aviation Today.

The US Navy is currently operating much bigger drones that can remain airborne for just 30 hours during maritime patrols. Longer flights however could prove particularly useful on a wider range of missions.

The company is also planning to fit the Skydweller wit hydrogen fuel cells to boost performance or serve as a backup in case of bad weather.

READ MORE: US Navy is developing a solar-powered plane that can fly for 90 days [New Scientist]

More on the Navy: The US Navy Just Used a Drone to Refuel a Fighter Jet in Midair