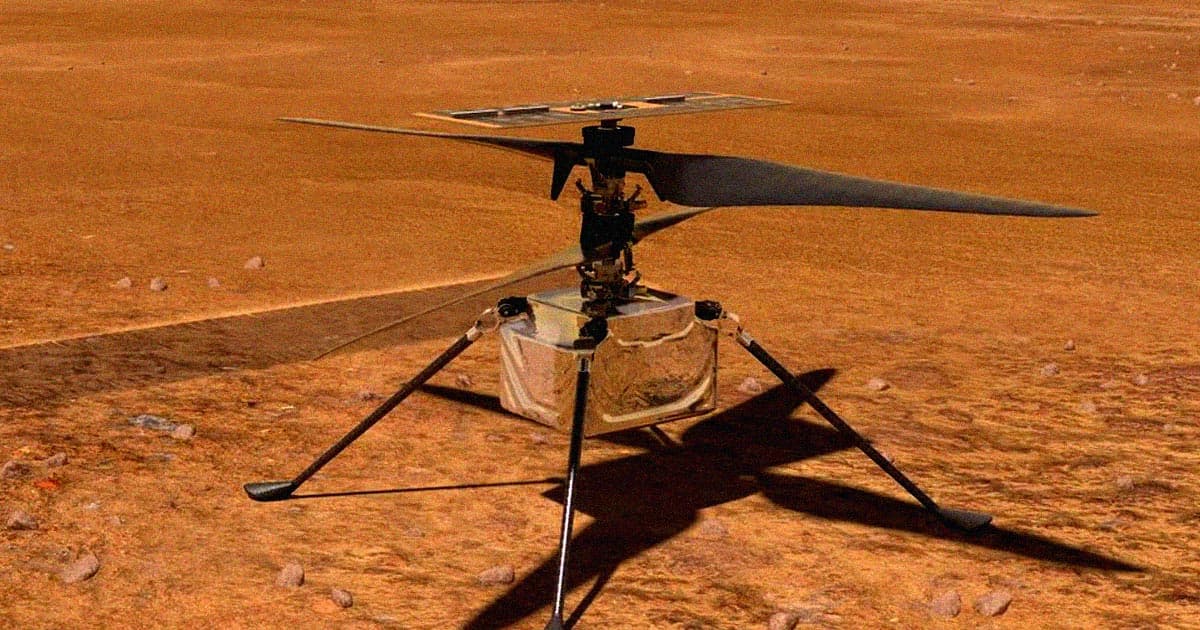 The team will have to get creative.

The team will have to get creative.

NASA's Mars helicopter has run into a bit of trouble after 28 successful flights and well over an entire dusty Earth year into its mission on the Red Planet.

One of the four-pound rotorcraft's navigation sensors has given out — an unfortunate new development, especially considering Martian winter is almost upon it. Extreme temperature swings could soon wreak havoc on the rest of the helicopter's electronics.

But the team at NASA's Jet Propulsion Lab says their plucky rotorcraft isn't finished yet.

"A nonworking navigation sensor sounds like a big deal — and it is — but it's not necessarily an end to our flying at Mars," Håvard Grip, Ingenuity's chief pilot, wrote in a blog post.

The sensor, which is a type of inclinometer, is made up of two accelerometers that measure gravity before and after after takeoff, allowing the Marscopter to fine tune its pitch and roll.

But it's also a small part of a much more sophisticated navigation suite that also includes a laser rangefinder and navigation camera, which work together to provide Ingenuity with precise navigation data.

Without the inclinometer, "we are forced to find a new way to initialize the navigation algorithms prior to takeoff," Grip writes.

Fortunately, a different instrument, called the inertia measurement unit, could pick up the slack and use its own accelerometers to figure out the helicopter's initial attitude, despite being a little less accurate.

Now, the team at JPL will have to send a small software patch to Mars to Ingenuity, instructing it to use its sensors differently.

In fact, the team barely had to lift a finger, as "we prepared the required software patch prior to last year’s arrival on Mars and kept it on the shelf for this eventuality," Grip wrote.

That means the team expects Ingenuity to fly yet again — its 29th flight, in case you're counting — soon enough.

READ MORE: Keeping Our Sense of Direction: Dealing With a Dead Sensor [NASA]