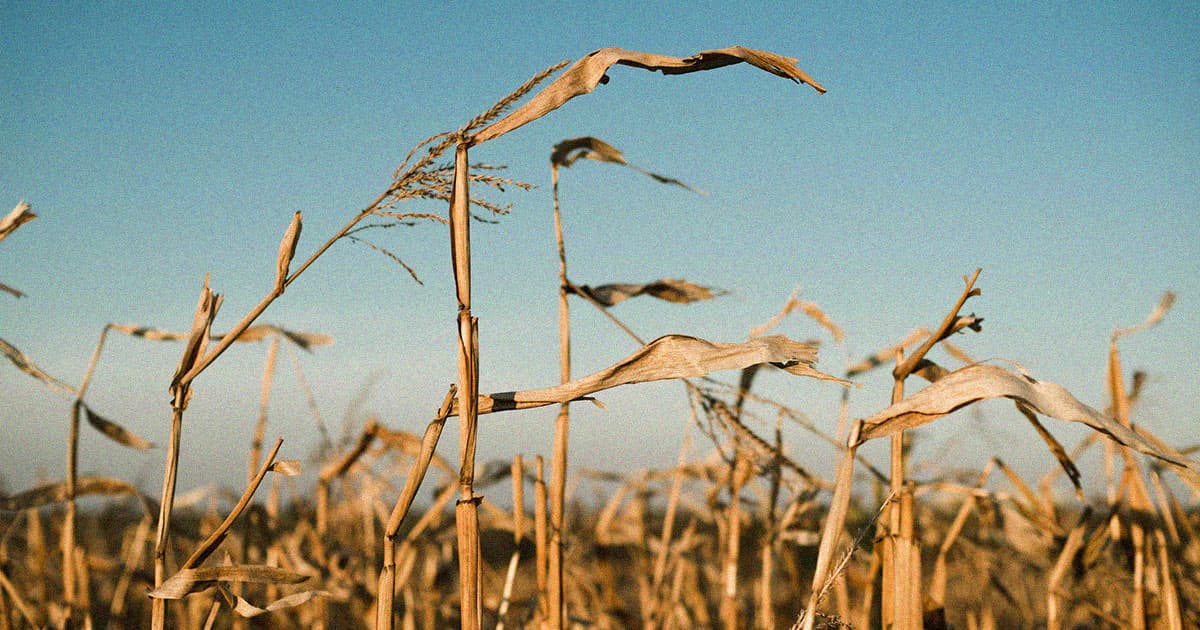 NASA is warning that climate change could start affecting the production of maize and wheat as soon as 2030, an agricultural shift that could have disastrous consequences on the global breadbasket.

In a study published in the journal Nature Food this week, the scientists found that ever-rising temperatures, levels of greenhouse gas emissions and carbon dioxide, as well as shifts in rainfall will likely have disastrous effects on common crop yields. The results even came as a shock to the NASA researchers.

"We did not expect to see such a fundamental shift, as compared to crop yield projections from the previous generation of climate and crop models conducted in 2014," said lead author Jonas Jägermeyr, a climate scientist at NASA's Goddard Institute for Space Studies, in a statement. "A 20 percent decrease from current production levels could have severe implications worldwide."

The team used complex climate model simulations to investigate the effects of rising greenhouse gas emissions on the climate through 2100. They then fed this data to crop model simulations to see how changing temperatures, rainfall, and CO2 levels could affect growth rates.

Maize yields could decline some 24 percent by 2030. The yield of wheat could initially grow 17 percent over the same period, but level off mid-century.

"What we’re doing is driving crop simulations that are effectively growing virtual crops day-by-day, powered by a supercomputer, and then looking at the year-by-year and decade-by-decade change in each location of the world," said Alex Ruane, a coauthor of the paper and codirector of the GISS Climate Impacts Group, in the statement.

While the data was clear on the effects climate change could have on wheat and maize yields, the models didn't paint a clear picture on effects on other crops including rice and soy. But even with drastic action, the agricultural repercussions may be profound.

"Even under optimistic climate change scenarios, where societies enact ambitious efforts to limit global temperature rise, global agriculture is facing a new climate reality," Jägermeyr said, noting that given our global food system, "impacts in even one region’s breadbasket will be felt worldwide."