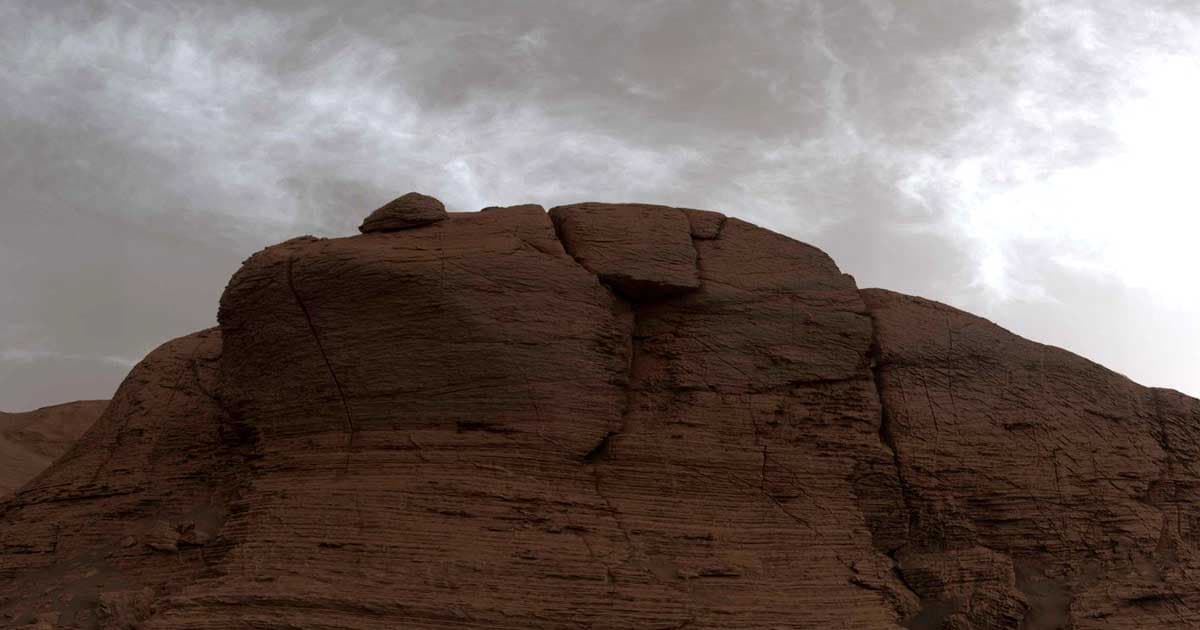 Find yourself with your head in the clouds often? Well, NASA has got a job for you!

In the ongoing quest to solve the mystery of Mars' atmosphere, NASA is enlisting the help of the public on a new project called Cloudspotting on Mars. Using the citizen science web portal Zooniverse, anyone bored or enthusiastic enough can open up the portal, read the tutorial, and start spotting clouds in the data collected by the Mars Climate Sounder (MCS), an instrument aboard NASA’s Mars Reconnaissance Orbiter.

The process is fairly simple: clouds appear as arches in the orbiter's infrared data, and you mark the arches in the four frames of images presented to you. It sounds tedious, but in practice it’s surprisingly calming and addictive, with the added bonus of feeling like it’s for a higher cause.

Scientists now widely believe that the surface of Mars was once flowing with bodies of water, several billion years ago. Now its surface is cold, dry, and desolate.

The implication is that for Mars to have had so much water in the past, the atmosphere had to be significantly more substantial. But no one knows for sure why it was lost, though there are theories, thanks to NASA's MAVEN probe. One possibility is that water ends up high in Mars' atmosphere, gets broken down into hydrogen and oxygen from solar radiation, and the hydrogen drifts away because of how light it is.

By looking at the clouds in Mars’s atmosphere, which consist of both water clouds and carbon dioxide clouds, scientists hope to better understand the atmosphere itself.

"We want to learn what triggers the formation of clouds — especially water ice clouds, which could teach us how high water vapor gets in the atmosphere — and during which seasons," said Marek Slipski, a postdoctoral researcher at NASA’s Jet Propulsion Laboratory in Southern California, in a press release.

It is worth asking whether this is just some feel-good busywork on NASA's part. Can the brightest minds of space exploration really not whip up an algorithm that can quickly parse through all this data faster than some random citizen scientists?

It's tough to say. But if you need a break from doomscrolling, it's worth a spin.

Moon Vacation
NASA Finds Holes on the Moon Where It's Always a Comfortable Temperature
Jul 27
Read More
Buh Bye
Russia Says It's Definitely Quitting the ISS But Doesn't Say When Exactly
Jul 26
Read More
Muellholland Drive
SpaceX Defector Is Aiming to Land on Mars Before Elon Musk
Jul 19
Read More
+Social+Newsletter
TopicsAbout UsContact Us
Copyright ©, Camden Media Inc All Rights Reserved. See our User Agreement, Privacy Policy and Data Use Policy. The material on this site may not be reproduced, distributed, transmitted, cached or otherwise used, except with prior written permission of Futurism. Fonts by Typekit and Monotype.