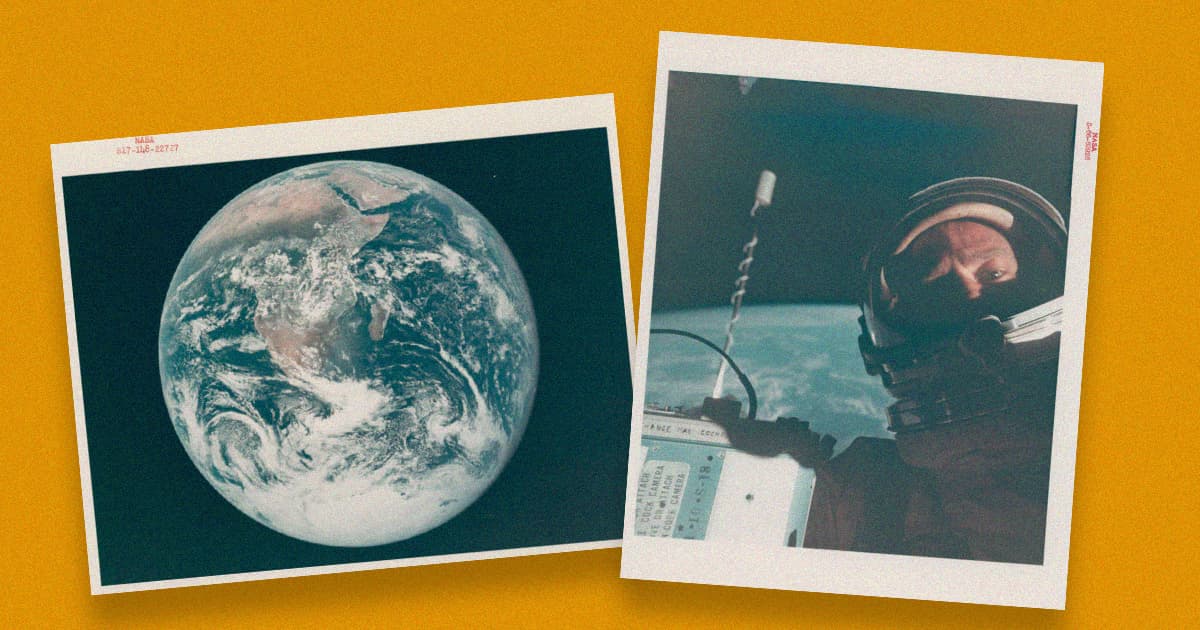 The First Selfie Ever Taken in Space Is For Sale

Some of NASA's most amazing shots are up for sale.

Some of NASA's most amazing shots are up for sale.

Auction house Christie's London is selling the first ever selfie taken in space. At the time of writing the current bid for the shot, snapped in 1966 by Buzz Aldrin during NASA's Gemini XII mission, is just $4,000.

The auction also includes the only photograph to have been taken of the first time Neil Armstrong walked on the Moon, as The Guardian reports, as well as the iconic "Earthrise" photograph that shows the Earth rising from behind the Moon's surface.

"Through their cameras, the astronauts-turned artists were able to convey to mankind the beauty and profundity of their experience into space, forever changing the way we see ourselves and our place in the universe," Christie's press release about the auction reads.

"The collection is the most comprehensive private collection of NASA photographs ever presented at auction, and spans every visual milestone of the space program, from the early days of Mercury, the technical advances of Gemini and lunar orbiter, to the triumphs of Apollo," the statement continues.

Most of the photos were archived at the Manned Spacecraft Center in Houston before being put up for sale.

Art collector Victor Martin-Malburet assembled the more than 2,400 photographs over 15 years, and they've been shown in exhibitions across the globe. How he acquired them — and why he's selling them now — remain unclear.

"The astronauts are often portrayed as great scientists and heroes, but rarely are they hailed as some of the most significant photographers of all time," said in the statement. "The early pioneers of Mercury and Gemini were given as a canvas space and the Earth; the Apollo astronauts an alien world."

Christie expects some of the more sought-after photographs to sell for over $66,000.

Editor's note 11/13/20: This story originally misstated the date and mission on which Buzz Aldrin snapped the first space selfie. It has been updated.

READ MORE: Treasure trove of Nasa photos including first selfie in space up for auction [The Guardian]

More on Buzz: The Second Man to Walk on the Moon Has Some Quarantine Advice