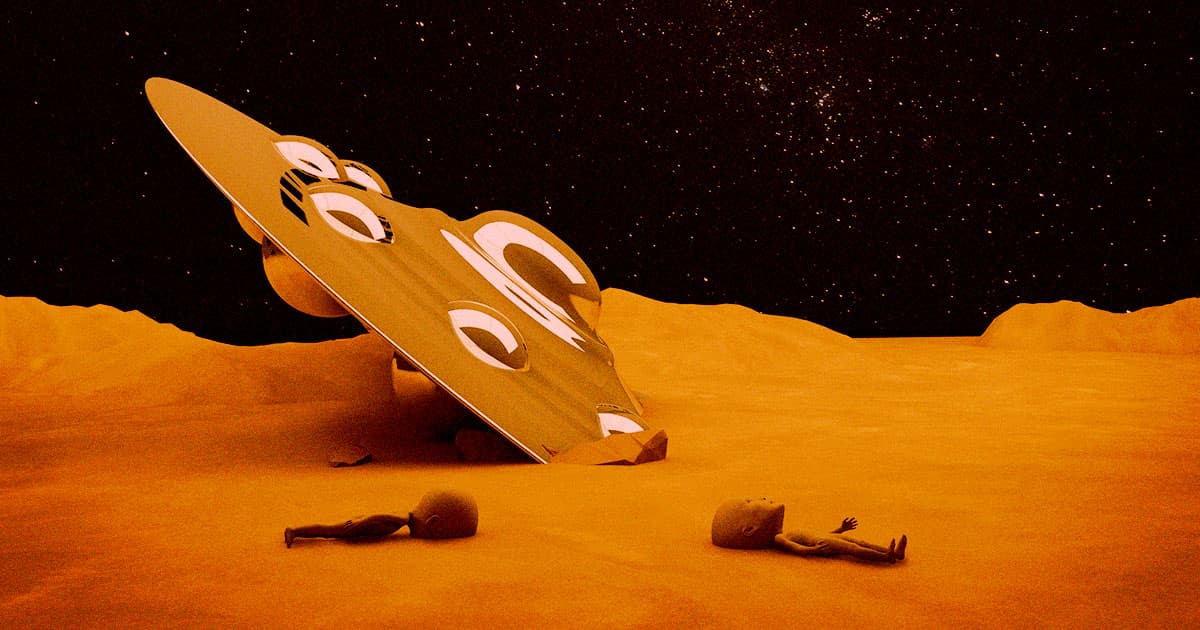 In a paper that feels more like a call to action than its science fiction-esque premise would suggest, two NASA scientists have forwarded a heartbreaking explanation for why we haven't yet met any other intelligent lifeforms.

The general idea? The aliens destroyed themselves before they could get to us. Behind the yet-to-be-peer-reviewed paper are two NASA scientists at CalTech's Jet Propulsion Lab, a student at a Catholic high school, and a Polish political science professor.

What resulted is a variation on the famous "Great Filter" theory: that other civilizations that may have existed in the duration of the universe's history have likely "filtered" themselves out by blowing themselves up or otherwise destroying themselves. In an ominous twist, they point out that whatever terrible event has been weeding out aliens from the cosmos would logically strike before these civilizations made it off-world — meaning that if the argument applies to us, disaster would be poised to strike soon.

"We postulate that an existential disaster may lay in wait as our society advances exponentially towards space exploration," the paper's introduction reads, "acting as the Great Filter: a phenomenon that wipes out civilizations before they can encounter each other, which may explain the cosmic silence."

The researchers considered humanity's history of war, disease, and environmental degradation as a model. If other civilizations were even somewhat similar to us, they'd have a set of intrinsic dysfunctions that would thusly "snowball quickly into the Great Filter" and make a future of interplanetary contact impossible.

While this is one of the most pessimistic takes to have in the search for extraterrestrial intelligence (SETI), the researchers did postulate a few saving graces, if we can foresee far enough to avert our demise.

"The key to humanity successfully traversing such a universal filter is… identifying [destructive] attributes in ourselves and neutralizing them in advance," the writers continued.

So all we gotta do is figure out what's wrong with us, and try to fix it. Sounds easy enough, right? We'll see.

More alien extrapolation: Study: There May Be as Many as Four Evil Civilizations in Our Galaxy