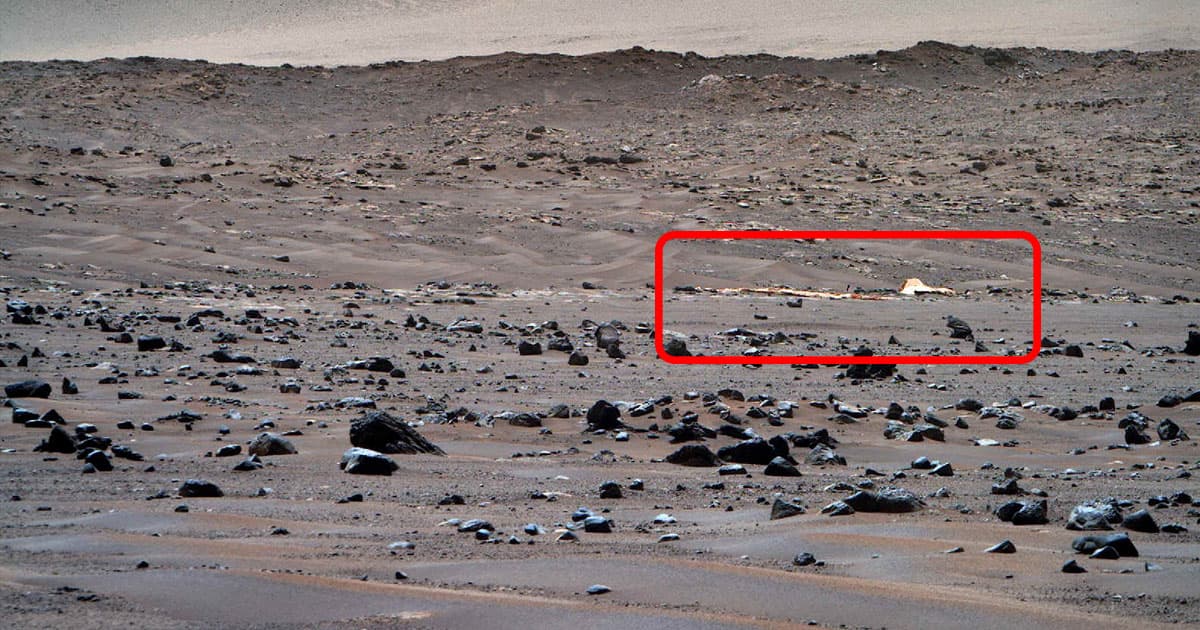 NASA Rover Finds Its Own Parachute in Martian Desert

Is that really it?

Is that really it?

NASA’s Mars Perseverance rover has made a fascinating discovery, 412 Earth days since landing on the Red Planet.

A keen-eyed netizen spotted the discarded remains of the rover’s parachute in raw images that were taken on April 6, a timely reminder of how much ground NASA’s rover has already covered.

Although the object certainly appears to be the rover’s parachute, NASA has yet to officially confirm the finding.

The parachute’s remains and location were picked up in images taken by NASA’s Mars Reconnaissance Orbiter shortly after the six-wheeled rover touched down on the Martian surface back in February 2021.

That location is just south of Perseverance’s current location — just over half a mile, according to our estimations —  which can be seen in NASA’s handy live map. In other words, it’s certainly feasible Perseverance’s mast cam was able to pick out the jetsam more than a year after landing.

The rover has been covering a lot of ground lately, first backtracking some of its earlier route, and then venturing beyond the location where its tiny Ingenuity Mars helicopter achieved first flight back in April 2021.

Perseverance is now beelining — a part of its journey colloquially known as the “drive, drive, drive campaign” — to a rockier region that scientists believe is the delta of a dried up ancient lake bed it landed in the center of.

While it’s not exactly moving at a breakneck pace, it recently broke its daily distance covered record, covering an impressive 800 feet.

It’s a bit of a nostalgic moment: NASA left a ton of Easter Eggs in the design of Perseverance’s parachute, including a secret code that spelled out “Dare Mighty Things.”

And just over a year after landing, Perseverance has certainly done just that.

More on the parachute: All the Easter Eggs NASA Engineers Left on the Mars Rover