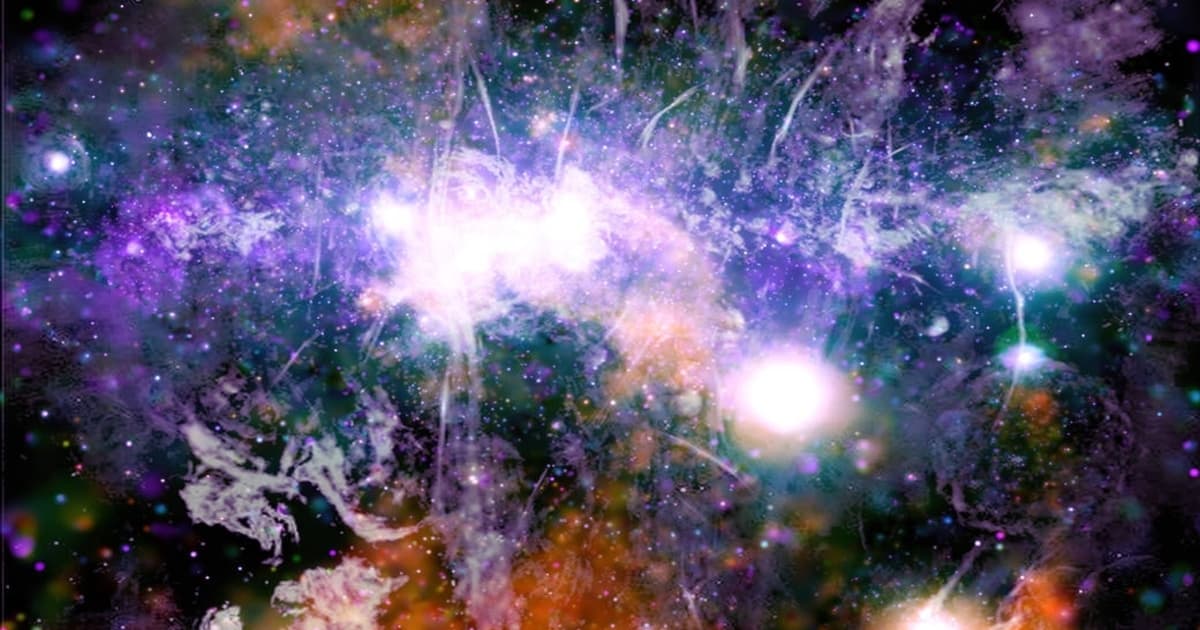 Downtown, Where All the Lights Are Bright

An astronomer spent his pandemic year taking the photo — and it's dazzling.

An astronomer spent his pandemic year taking the photo — and it's dazzling.

While most of us dabbled in sourdough starters during the pandemic year, one astronomer spent his time at home capturing a stunning photo of the Milky Way’s "downtown."

Daniel Wang, an astronomer at the University of Massachusetts Amherst, spent the past year compositing a photo of the center of the Milky Way, according to the Associated Press. His hard work paid off with a dazzling image, which NASA released on Friday.

Check it out below:

The image is a composite of 370 observations by the Chandra X-Ray Observatory, which orbits the Earth. Wang also drew images from a radio telescope in South Africa to provide contrast for the image.

The picture shows the brightly lit center of our galaxy, along with "threads of superheated gas and magnetic fields," according to NASA.

"What we see in the picture is a violent or energetic ecosystem in our galaxy’s downtown," Wang told the AP. "There are a lot of supernova remnants, black holes, and neutron stars there. Each X-ray dot or feature represents an energetic source, most of which are in the center."

So yeah. As far as pandemic lockdown activities go, this one pretty much blows all our sourdough starters out of the water.