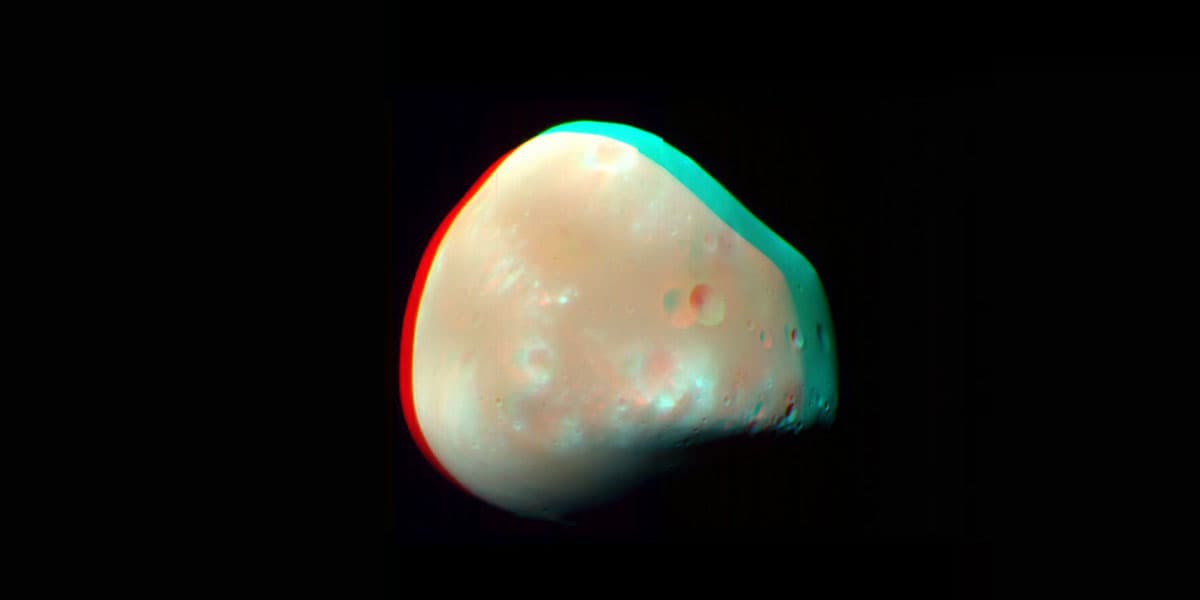 It's one of the tiniest moons in the entire solar system.

It's one of the tiniest moons in the entire solar system.

NASA's Mars Perseverance rover has peered into the sky for an epic time lapse — and caught something amazing.

The six-wheeled rover managed to capture the tiny Martian moon Deimos in the short clip, a brief and unique glimpse at the much-tinier worlds orbiting the Red Planet.

Sky watching is fun no matter where you are. I took this short time lapse movie to watch for clouds, and caught something else: look closely and you’ll see Deimos, one of two moons of Mars.

"Sky watching is fun no matter where you are," the rover's Twitter account wrote. "I took this short time lapse movie to watch for clouds, and caught something else: look closely and you’ll see Deimos, one of two moons of Mars."

First discovered in 1877 by astronomer Asaph Hall, Deimos is Mars's smaller moon, measuring only about 7.8 miles in diameter, roughly the size of Brooklyn. Phobos is much larger with a diameter of 14 miles.

Fortunately, we may soon have a very close look. The news comes after the Japanese space agency JAXA announced in February 2020 that it has greenlit a sample return mission to Phobos. It'll also spend parts of its three years in deep space surveying Deimos.

Both moons orbit the Red Planet surrounded by a cloud of left over debris. In fact, scientists believe Phobos will eventually be eroded over time and form a dusty ring around Mars. That's because Phobos is slowly spiraling inward towards the Martian surface. The planet's tidal forces will then rip the moon apart — but that'll only happen some 50 million years from now.

More on a very different Deimos: Elon Musk: SpaceX Will Be Launching From Floating Platforms by 2022