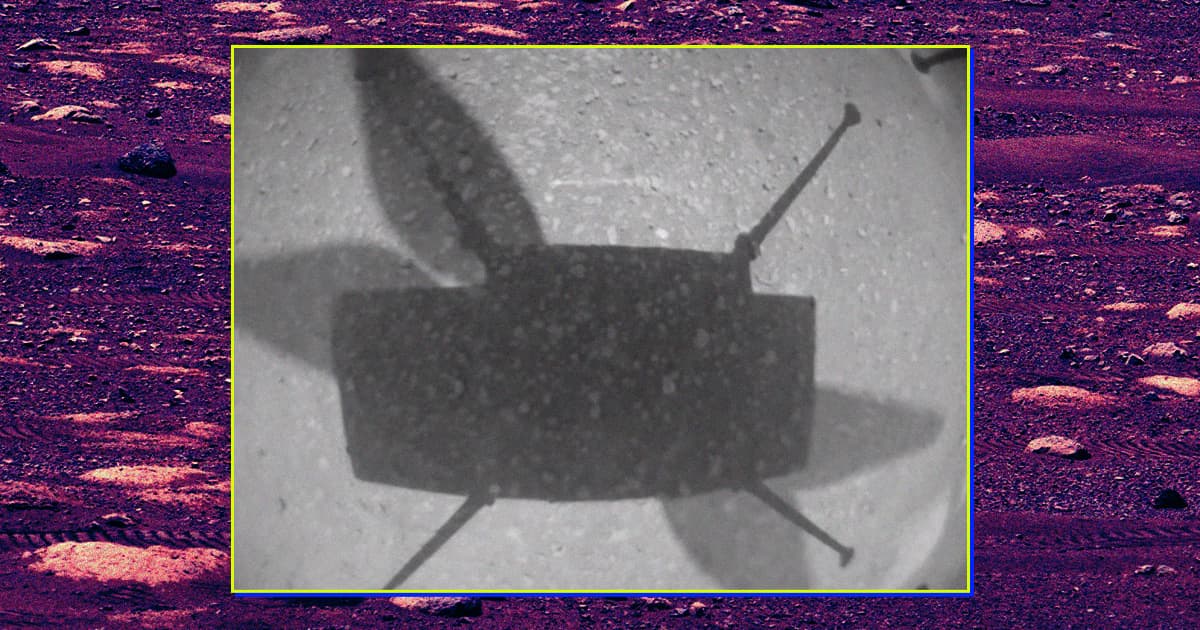 Ingenuity is in a "perfect state" to "explore aerial mobility on Mars."

Ingenuity is in a "perfect state" to "explore aerial mobility on Mars."

Early this morning, NASA's Mars helicopter Ingenuity achieved the first-ever controlled flight on the surface of another planet, a feat met with applause and cheers at the agency's Jet Propulsion Laboratory when the data started coming in.

Ingenuity perfectly executed its planned 30 second hover at ten feet above the Martian surface, caught on camera by NASA's Perseverance rover several hundred feet away — and now, officials say, it's in even better shape than it was before the flight.

According to Bob Balaram, Ingenuity's chief engineer at JPL, the "extremely healthy" helicopter managed to shake off some dust that had accumulated on its solar panels prior to the flight. That means it's now capable of "producing even more solar energy than before."

Charging its batteries is crucial, because Ingenuity relies on its batteries not only to take flight but also to keep its internals from freezing during Mars' frigid nights.

The helicopter is otherwise in sound mechanical shape, NASA staff said. Landing gear and all other mechanisms are also "doing great," with computers and avionics behaving "flawlessly," according to Balaram.

"So all in all, it's in a perfect state and I'm just really excited to see what all she can teach us over the next few weeks as we explore aerial mobility on Mars," Balaram added.