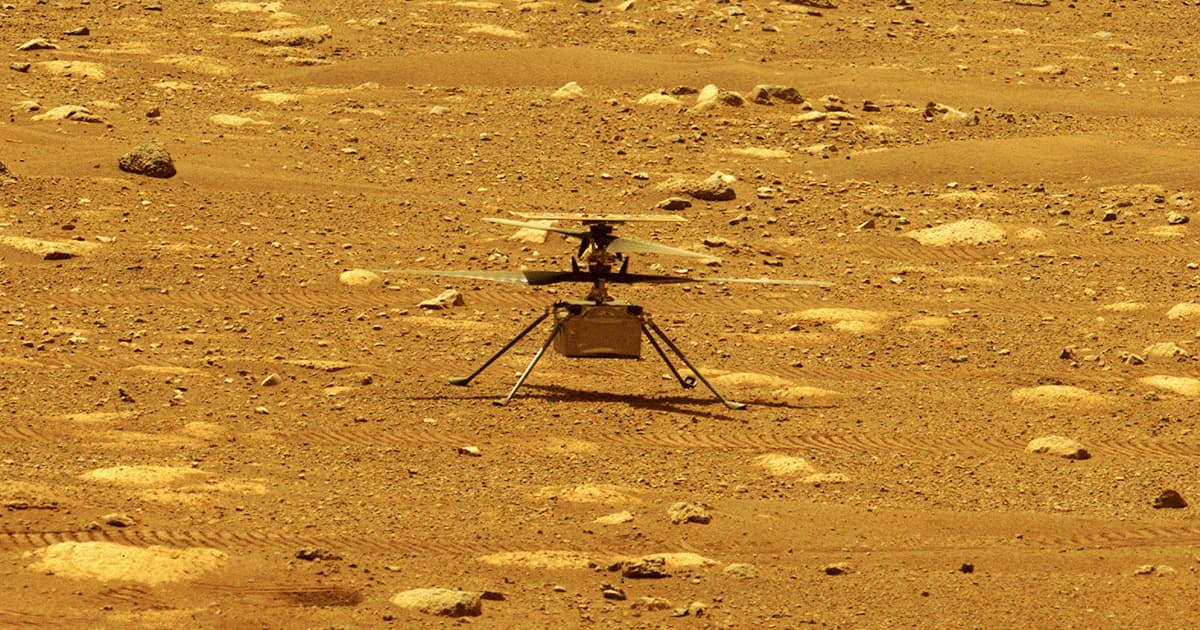 What an incredible feat.

What an incredible feat.

NASA has showed off a higher resolution video of its Ingenuity Mars Helicopter taking to the skies.

During the early morning hours on Monday, Ingenuity climbed to approximately ten feet and hovered there for five seconds, turned about 90 degrees to one side, hovered for about thirty seconds more, and made its gentle descent back to the ground.

The new clip shows the dramatic event — albeit completed by a tiny four-pound rotocopter — in 720p, which is a step up from this morning's video, but still isn't exactly cinema quality. The newly-released footage was taken by the Mastcam-Z cameras on NASA's Perseverance rover, which was standing by a couple of hundred feet away. In the higher detail, you can even see the small rotorcraft rotating 90 degrees before landing.

"Today I witnessed history," the rover's account tweeted. "Now you can too."

And it was a truly historic moment, marking the first time a vehicle has completed controlled flight on the surface of another planet.

It's also the culmination of many years of hard work by engineers at NASA's Jet Propulsion Laboratory.

"Goosebumps," she said. "It looks just the way we had tested in our space simulation test chamber here. Absolutely beautiful flight."

The team is now ready to push boundaries with "increasingly difficult" flights. "We are going to continually push all the way to the limit of this rotocraft," Aung promised.