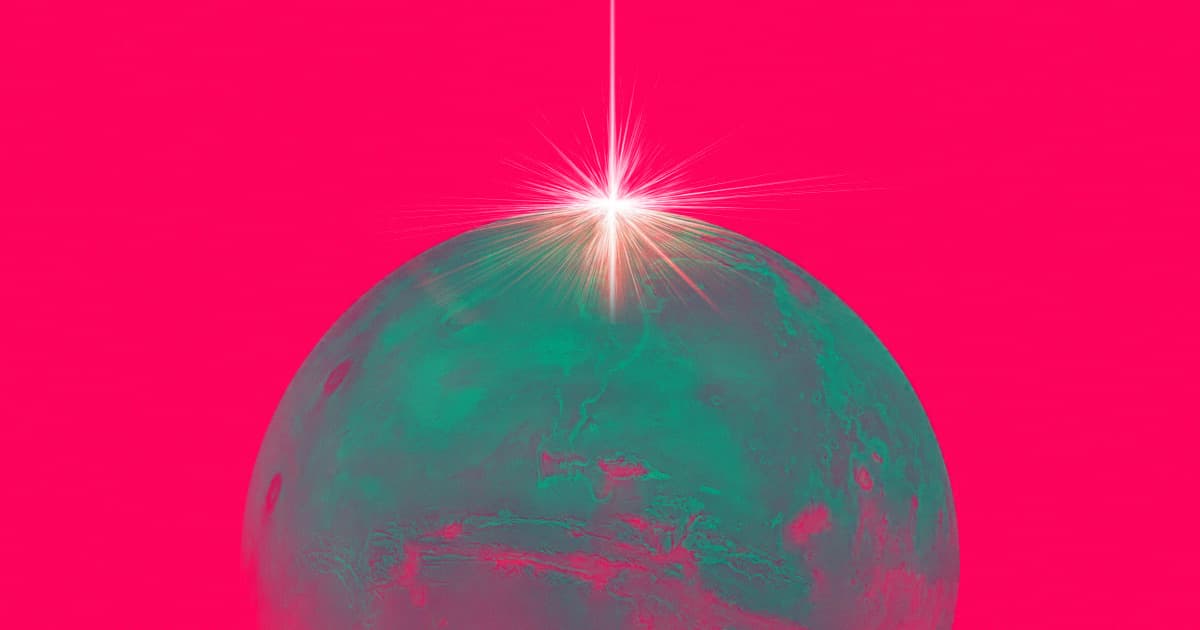 NASA: Mars Astronauts Will Use Lasers to Communicate With Earth

NASA's ambitious Mars timeline calls for a human expedition to the Red Planet by the mid-2030s.

To lay the groundwork for that epic journey, Inverse reports, the space agency is building a huge dish in California it hopes will allow Mars astronauts to communicate with Earth — using high-powered lasers.

For decades, NASA largely stuck with old-fashioned radio waves to communicate with its astronauts and space vehicles. But when humans finally touch down on Mars, they're going to want a rock-solid, high-speed connection that the agency believes only a laser can provide.

"Lasers can increase your data rate from Mars by about 10 times what you get from radio," said Suzanne Dodd, the director of the program, in a statement.

Construction has only started on the 112-foot dish, which workers are building in Goldstone, California. It'll eventually be part of a larger array of similar laser communication dishes.

But it'll be put to the test long before humans set foot on Mars. NASA is planning to try the system out to communicate with its Psyche mission, according to Inverse, which'll set out in 2022 to intercept an asteroid orbiting the Sun.

READ MORE: Human missions to Mars will use lasers to communicate with Earth — NASA [Inverse]