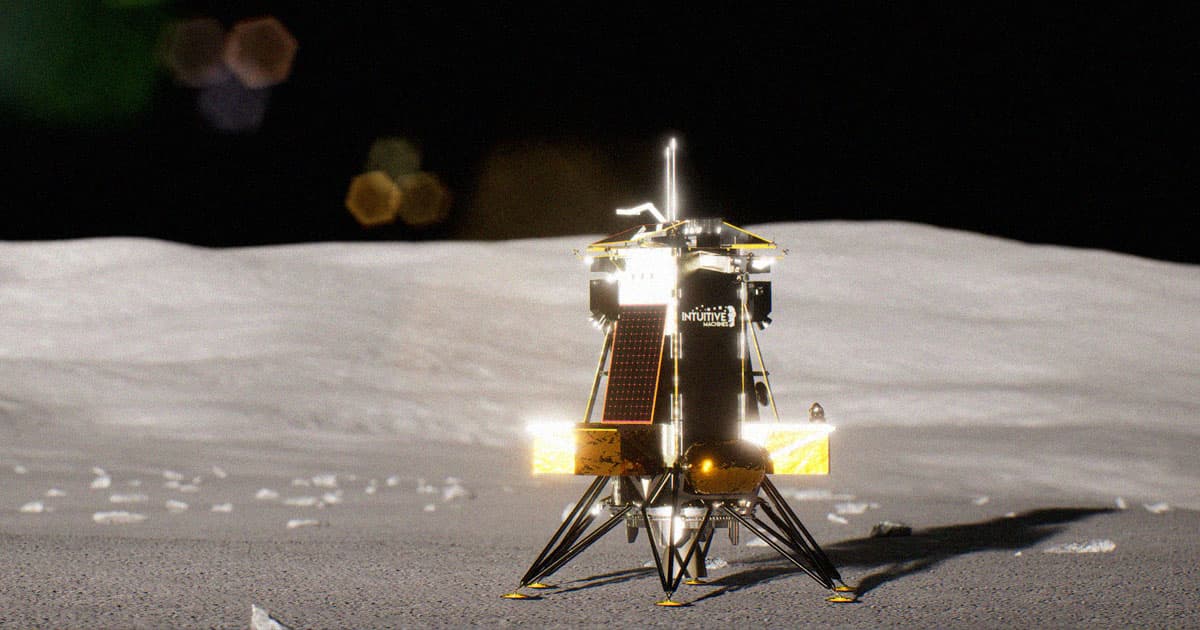 Understanding it could be key for our survival once there.

Understanding it could be key for our survival once there.

NASA is sending a spacecraft to the lunar surface to explore "one of the most distinctive and enigmatic natural features on the Moon."

The agency has awarded Intuitive Machines a new contract to send its Nova-C lander to the Moon, as part of its IM0-3 mission, which is tentatively scheduled for 2024.

The lander will be attempting to land in the Reiner Gamma, a mysterious lunar swirl — and, hopefully, greatly expanding our understanding of Earth's natural satellite in the process.

There's still a lot we don't know about these swirls, including how they form or how they might be related to the Moon's magnetic field.

Up until 1966, scientists thought the swirls were craters, according to NASA. But NASA's Lunar Orbiter II spacecraft got close enough ascertain that they weren't, causing scientists to scratch their heads. In 1972, scientists then discovered that the swirls were magnetized, with one swirl on one side mysteriously causing other swirls to form on the opposite side of the Moon.

"This delivery to the Moon will help the US expand our capabilities and learn more about this interesting region," said Thomas Zurbuchen, associate administrator for NASA’s Science Mission Directorate, in a statement. "Observing lunar swirls can give us information about the Moon’s radiation environment and perhaps how to mitigate its effects."

Understanding levels of radiation on the Moon is key for NASA's plans to establish a sustainable presence on the lunar surface.

The IMO-3 mission will send over 200 pounds of payload to Reiner Gamma, including equipment to measure the Moon's magnetic field. A swarm of smaller robots will also be deployed from the lander to create a 3D map of its surroundings.

Lunar swirls remain a mystery. Studying them could offer us important clues about the Moon's magnetic field, and how we could eventually protect ourselves from the fierce solar winds battering its surface once we get back there.

More on the Moon: Researchers Say CO2 “Traps” On Moon Could Be Used to Grow Plants