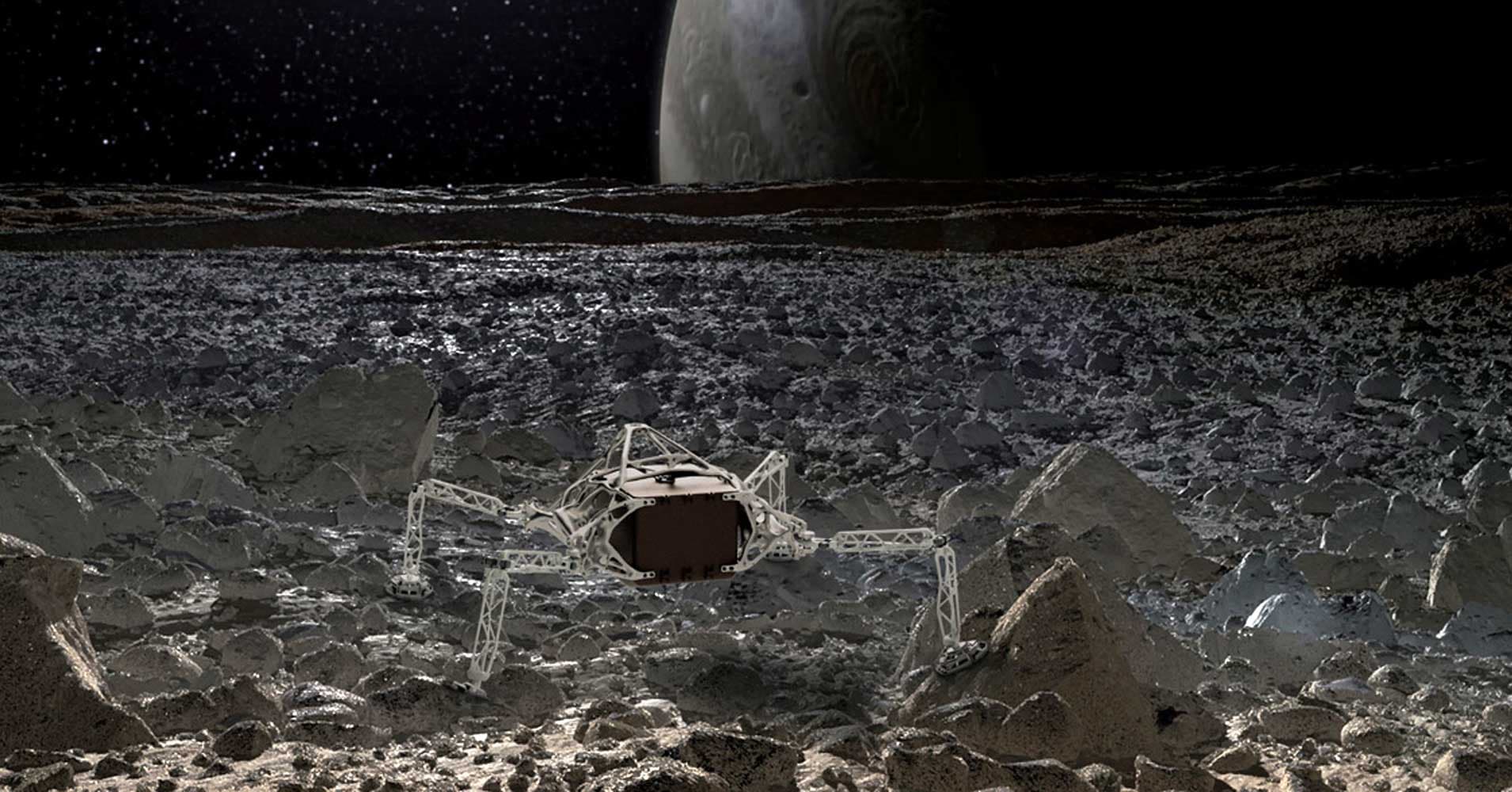 The moons of Jupiter and Saturn are two of our most promising leads in the hunt for alien life, but they're hundreds of millions of miles from Earth. Given the high cost of transporting payloads in space, NASA is currently in search of anything that could help decrease the weight of exploratory landers — and AI is proving it might be up to the task.

On Tuesday, engineers from NASA’s Jet Propulsion Laboratory and software company Autodesk unveiled a lander designed to explore environments like those of Jupiter and Saturn's moons.

The team developed the lander, which looks a bit like a spider that's missing half its legs, using a technique known as generative design. First they gave an AI-powered software program specific design constraints, such as particular materials it could work with and expected environmental conditions. Then the program outputted lander designs to fit those constraints.

After about six weeks of tweaking the AI's suggestions, the team settled on the spider-like lander design, which it then constructed using a trio of manufacturing methods, including 3D printing.

NASA spends an average of $10,772 to send a single pound of payload into Earth's orbit, and that cost increases with the distance it travels from Earth.

As Autodesk's senior director of industry research Mark Davis told The Verge, NASA was adamant that the Autodesk and JPL team focus on mass reduction while designing its lander. Ultimately, the design they picked weighs just 176 pounds — about 35 percent less than the baseline design given to it by NASA.

While Davis says the AutoDesk lander won't actually leave Earth, it serves as an intriguing example of how AI could help us hunt for alien life our solar system and beyond.

More on Saturn's moons: One of Saturn's Moons Has Everything Needed to Host Life

Let AI Do the Dirty Work
An AI Just Confirmed the Existence of 50 Planets By Digging Through NASA Data
8. 25. 20
Read More
Extreme Mars: Future Missions May Be Assisted by Humanoid Robots
10. 25. 16
Read More
Watch As the First Human is Tattooed By An Industrial Robot
8. 12. 16
Read More
+Social+Newsletter
TopicsAbout UsContact Us
Copyright ©, Camden Media Inc All Rights Reserved. See our User Agreement, Privacy Policy and Data Use Policy. The material on this site may not be reproduced, distributed, transmitted, cached or otherwise used, except with prior written permission of Futurism. Articles may contain affiliate links which enable us to share in the revenue of any purchases made.
Fonts by Typekit and Monotype.