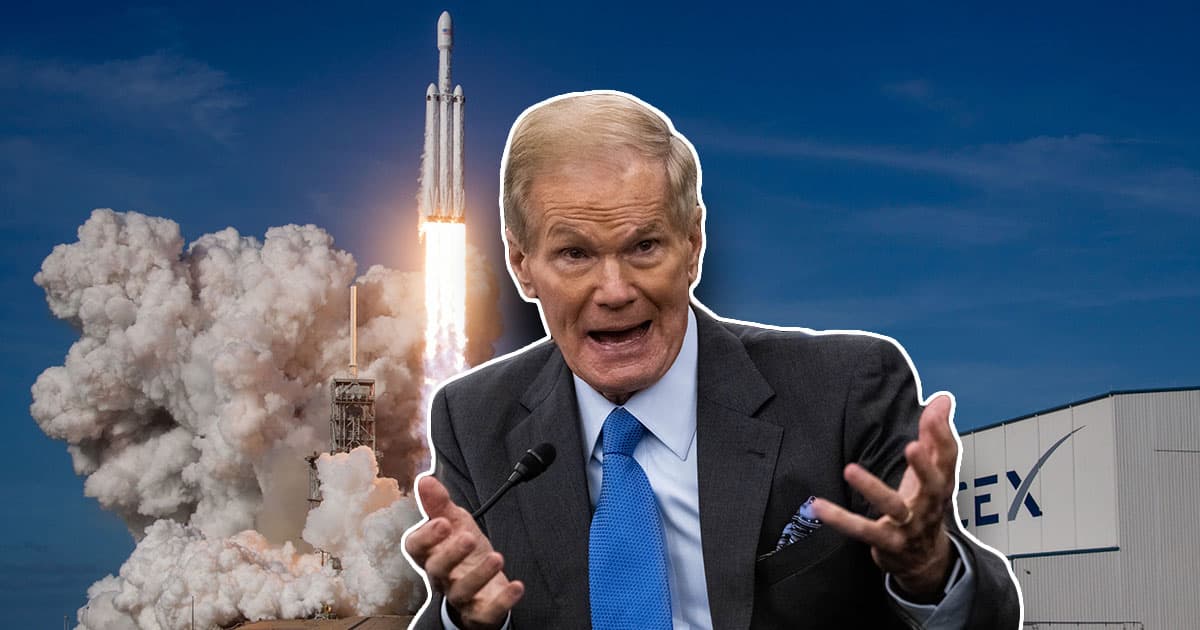 Surely, You Can't be Serious

Don't take SpaceX seriously? If so, former SpaceX-antagonist and current NASA chief Bill Nelson, who seems to have completely forgotten about his own previously-held beliefs regarding the spaceflight company, has some words for you.

"When there was the beginning of the space cargo and crew [programs], the two serious bidders were SpaceX and Boeing, and everybody poo-pooed SpaceX and said, 'Oh, Boeing is a legacy company,'" he said in a new interview with Newsweek. "Well, guess who is about to make its sixth flight after its first test flight with astronauts, and guess who's still on the ground?"

A fair burn to Boeing, which has, in short, been absolutely eating SpaceX's dust for over a decade. But it was a bit of a self-burn as well, seeing as how, by many accounts, Nelson himself was one of those early SpaceX "poo-pooers."

This isn't the first time that the head NASA honcho has glossed over his history of SpaceX ambivalence. At his NASA nomination hearing back in 2021, Nelson argued that through a series of laws dating back to the mid-80s, he'd personally "laid the foundation for the emergence of the modern commercial space sector."

But according to former colleagues and, uh, US Senate minutes, Nelson hasn't always been such a big fan of the privatized space travel industry — or, for that matter, of mercurial SpaceX CEO Elon Musk.

Back in 2010, when Nelson was still a senator, he was an extremely vocal opponent — or poo-pooer, if you will — of a Senate push to fund Commercial Crew missions into the cosmos, as corroborated by allegations from former NASA second-in-command Lori Garver in her recently-published memoir. In that same memoir, Garver also claimed that Nelson once "screamed at me to 'get your boy Elon in line.'"

"I think the private space industry is extremely beneficial," Nelson told Newsweek. "Just look at what SpaceX has already accomplished."