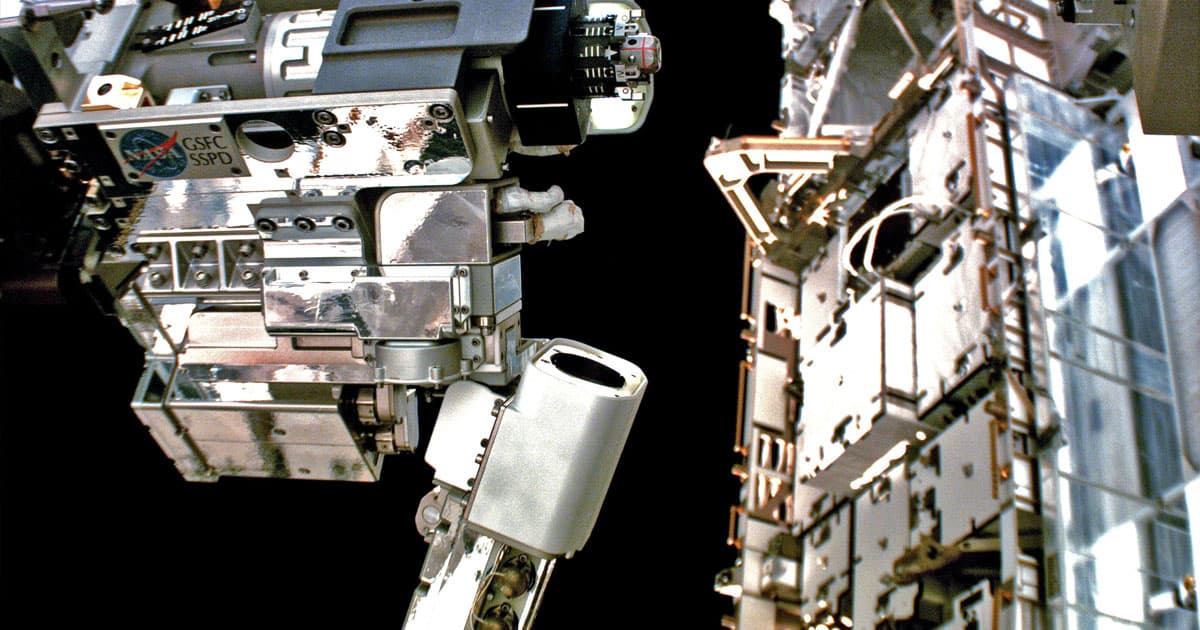 NASA just successfully demonstrated the first of three tools designed to refuel spacecraft in space, right outside of the International Space Station.

The space agency's Robotic Refuelling Mission 3 was able to unstow a special adapter that can hold super-cold methane, oxygen or hydrogen, and insert it into a special coupler on a different fuel tank.

Future iterations of the system could one day allow us to gas up spacecraft with resources from distant worlds, such as liquid methane as fuel. And that's a big deal, since future space explorations to far away destinations such as the Moon and Mars will rely on our ability to refuel after leaving Earth's gravity.

Keeping cryogenic fuel tanks at extremely low temperatures is vital — if the tanks heat up at all, the fuel could boil off and be lost.

NASA found that out the hard way in April. The Refuelling Mission hit a major setback when a hardware issue caused the cryogenic tanks to heat up unexpectedly and the gas had to be vented out.

Today's news is simply a test of "an initial set of tool operations, bringing the idea of using water ice or methane from other worlds as fuel for spacecraft one step closer to reality," according to a statement.

More on fuel in space: See the Steam-Powered Probe That Could Explore Space