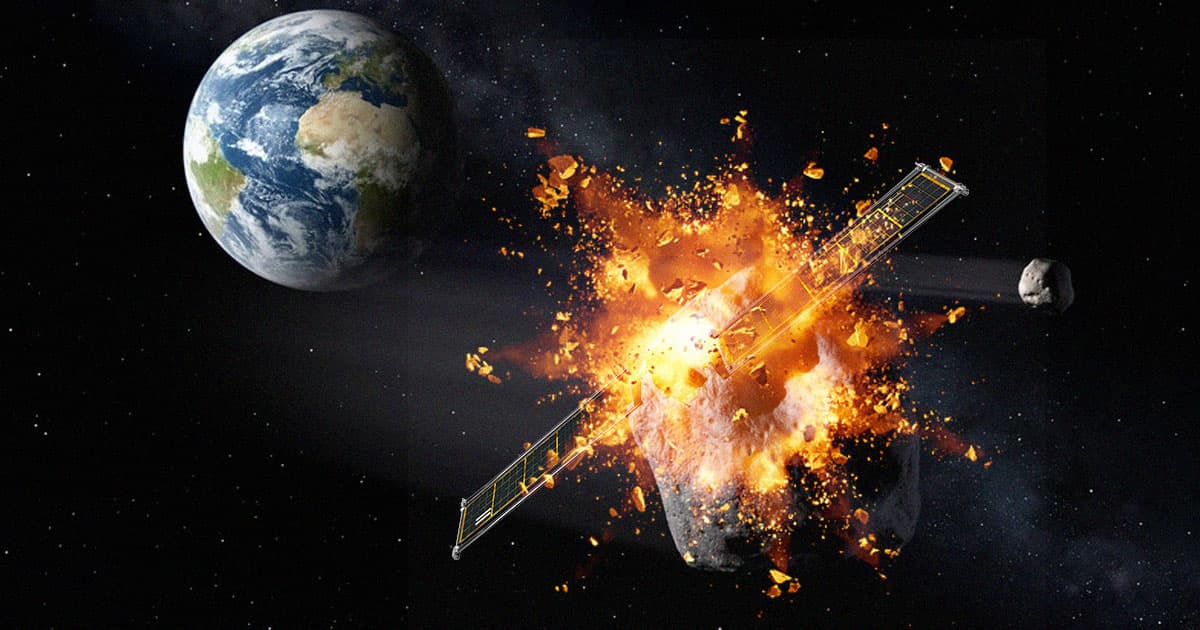 We're just weeks away from smashing a spacecraft into an asteroid.

We're just weeks away from smashing a spacecraft into an asteroid.

NASA is planning to smash a battering ram spacecraft into a sizable asteroid to test whether it could deflect any future civilization-killer asteroids from impacting with the Earth later this month.

Now, as its Double Asteroid Redirection Test (DART) spacecraft bears down on its target, the binary asteroid system Didymos — a pair of space rocks classified as "potentially hazardous" near-Earth objects — are now officially in its sights.

The small capsule is scheduled to impact with a tiny moonlet dubbed Dimorphos, a small natural satellite of the larger Didymos asteroid, on September 26.

It's a momentous occasion, as the collision will mark the first time we've ever attempted to deflect an asteroid, potentially establishing a new way for humanity to protect itself from a devastating impact in the future.

While DART was able to pick up the asteroid system with its navigation camera, called the Didymos Reconnaissance and Asteroid Camera for Optical navigation (DRACO), it still has some ways to go — 20 million miles to be exact, according to NASA.

"This first set of images is being used as a test to prove our imaging techniques," said DART mission systems engineer Elena Adams in a statement.

During its last four hours of existence, DART will have to autonomously adjust its trajectory to ensure a successful impact with Dimoprhos.

"The quality of the image is similar to what we could obtain from ground-based telescopes, but it is important to show that DRACO is working properly and can see its target to make any adjustments needed before we begin using the images to guide the spacecraft into the asteroid autonomously," Adams added.

Over the next three weeks, DART will perform three trajectory correction maneuvers to hone in on its target — and, if all goes well, smash itself into a million pieces in the service of humanity.

More on DART: How to Livestream NASA Smashing an Asteroid to Test Planetary Defense Plan