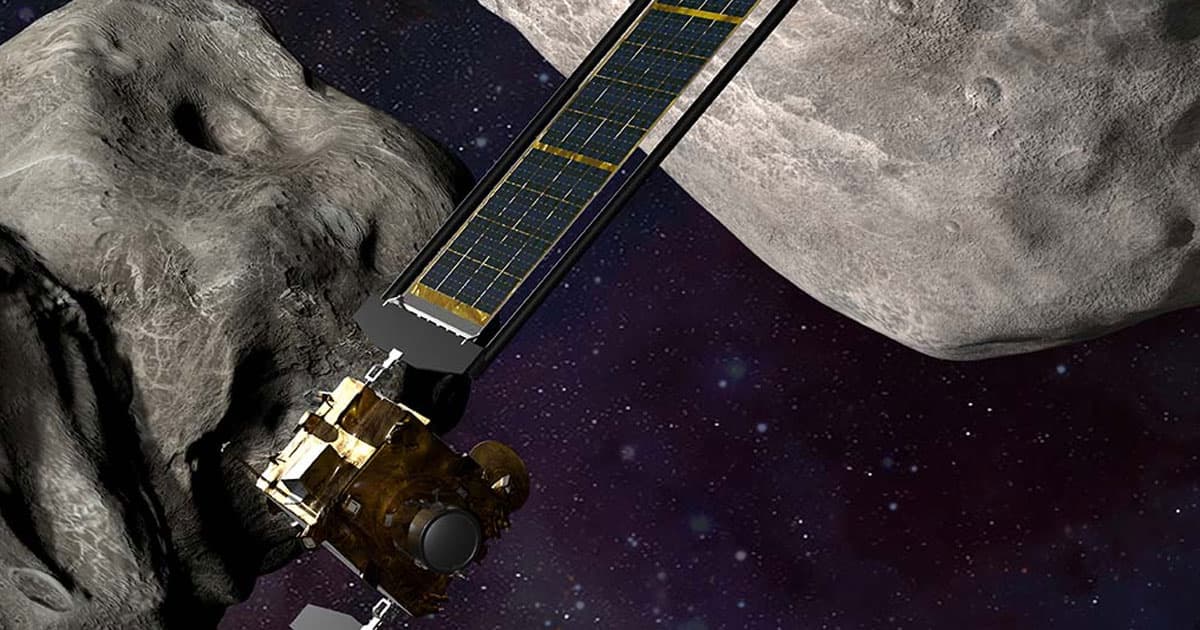 You don't want to miss this.

You don't want to miss this.

If you think watching a spacecraft slam into an asteroid sounds like a smashing good time, have we got news for you.

Later this month, NASA will be commencing its Double Asteroid Redirection Test (DART), which is exactly what it sounds like: the world’s first trial of planetary defense technology, to redirect a potential dangerous comet or asteroid.

That’s right. On September 26, NASA will fly its DART spacecraft straight into the asteroid Dimorphos at an incredible velocity — while livestreaming the whole shebang.

For those who are worried this space stunt could accidentally nudge the asteroid our way, NASA says loosen up, because Dimorphos, a moonlet orbiting the larger asteroid Didymos, "poses no threat to Earth."

So sit back, relax into your couch or stay hunched over your phone, and watch the first of its kind spectacle unfold through the links listed below.

Where and What to Watch

The impact day broadcast of the actual test will start on Monday, September 26 at 6 p.m. EDT, which you can watch on NASA TV, a livestream on NASA’s YouTube channel.

But NASA has more in store for those interested in the lead up to the test.

On Monday, September 12 at 9 a.m. EDT, NASA will host a media day at the Applied Physics Laboratory showing off the technology underlying the DART spacecraft, which will autonomously guide itself to its rocky target.

On Thursday, September 22 at 3 p.m. EDT, NASA will hold a media briefing at its headquarters previewing the spacecraft’s final activities before it crashes itself into the asteroid.

All of these can be watched on the YouTube NASA TV broadcast, but you can also watch it on the agency’s Facebook, Twitter, and Twitch pages.

More on DART: Red Alert! NASA Is About to Test Deflecting a Killer Asteroid