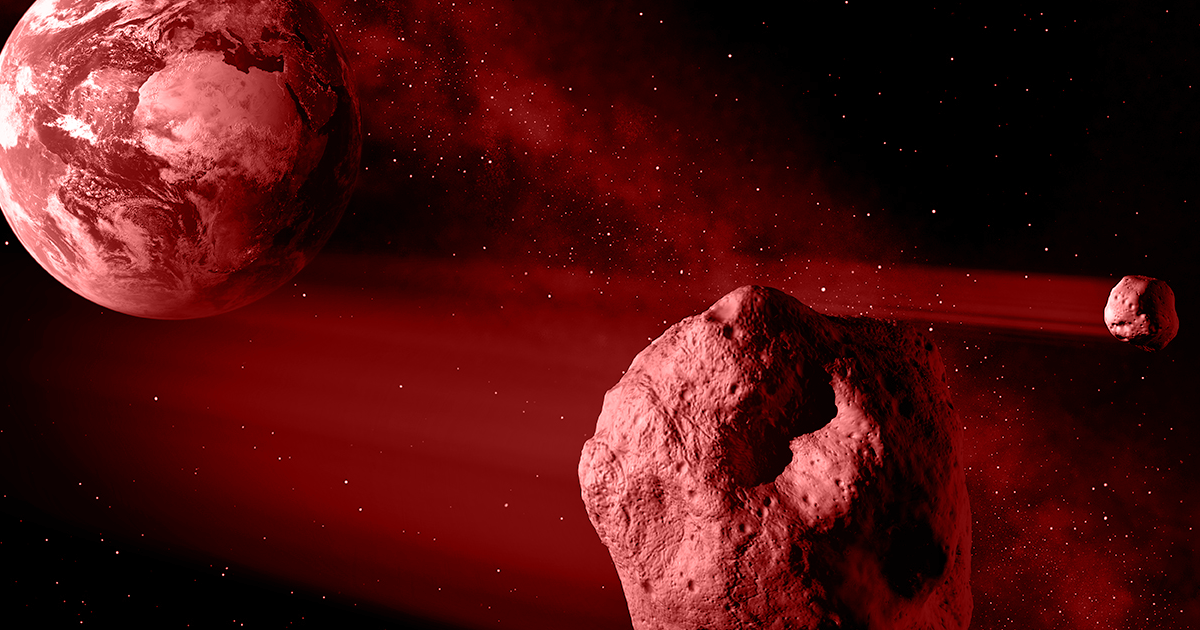 You And I Collide

NASA: This Asteroid Will Get So Close It Could Smash Into Earth's Satellites

It'll come so close to Earth that you'll be able to see it with the naked eye.

It'll come so close to Earth that you'll be able to see it with the naked eye.

Earth to the Moon

An asteroid roughly the size of the Eiffel Tower passed by Earth on Friday — and NASA scientists say its next flyby in 2029 might result in a collision with orbiting satellites.

On Friday night, the asteroid 99942 Apophis (named after the Ancient Egyptian demon serpent god of chaos) came within 10.4 million miles of Earth, according to Insider. While that’s a comfortable distance away, NASA scientists say it’s going to get within 19,800 miles of the planet the next time it comes around in 2029. That's pretty close, far less than the distance between the Earth and the Moon — and it's close enough to potentially collide with high-altitude communications satellites.

Don’t worry if you’re a little impatient to see what that might look like. NASA released an animation showing how close Apophis will get to our planet:

When the asteroid was initially discovered in 2004, some researchers calculated that it could actually impact Earth in 2029. That might explain its very, uh, heavy metal name.

Luckily, NASA now says that it'll pass by without touching the planet — and actually provide a chance to gather rich data from the asteroid.

"The Apophis close approach in 2029 will be an incredible opportunity for science," said Marina Brozović, a radar scientist with NASA's Jet Propulsion Laboratory in Pasadena, California. "We’ll observe the asteroid with both optical and radar telescopes. With radar observations, we might be able to see surface details that are only a few meters in size."

Apophis is 1,120 feet wide (roughly three-and-a-half football fields) making it as wide as the Eiffel Tower is tall.

It's so large, and it's flyby will be so close, that those on the ground will be able to witness it with their naked eye. It'll be closest to Earth at around 6pm ET on April 13, 2029, crossing the Atlantic ocean in just an hour. At some point, it will travel the entire width of the full Moon in a single minute and get as bright as the Little Dipper.

That distance will be able to provide scientists with ample opportunity to study it and gather data on the asteroid's composition. Meanwhile, the rest of us get to be thankful that we don’t have to send Bruce Willis and a crew of oil drillers to try and blow it up for us.

Editor's note 3/6/2021: This story originally misstated the distance between the Earth and the Moon. It has been updated.

READ MORE: An Eiffel Tower-sized asteroid is about to whiz by Earth. When it returns in 8 years, it could cross paths with our satellites. [Insider]