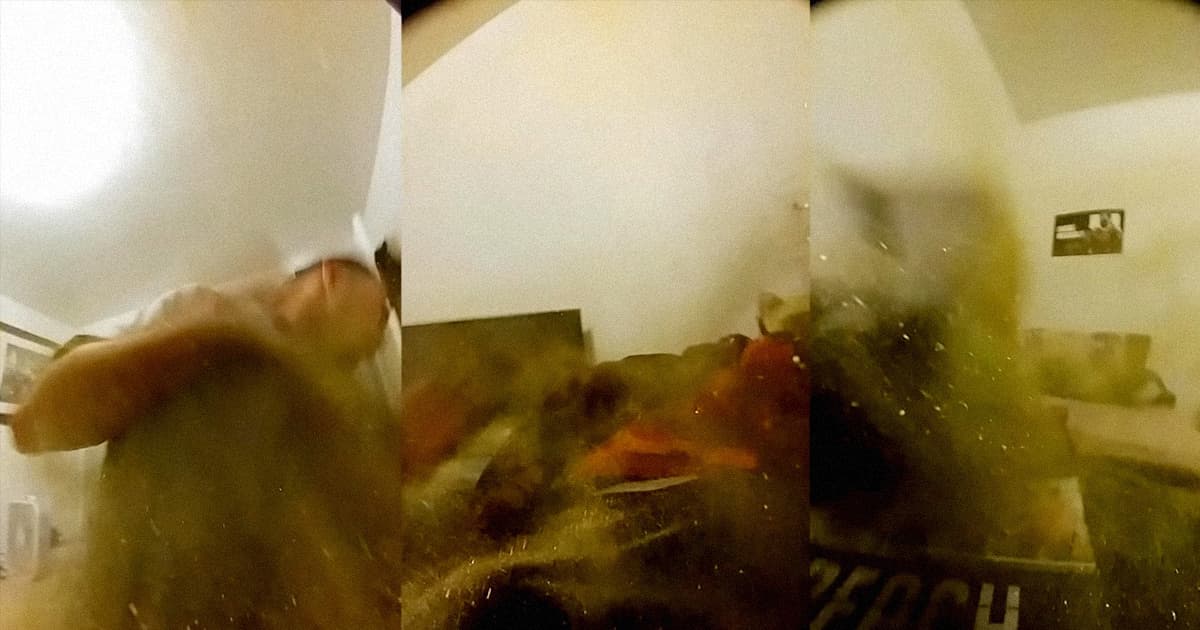 If you've ever had a package stolen, you'll want to watch this.

If you've ever had a package stolen, you'll want to watch this.

Every day, “porch pirates” steal an estimated 1.7 million packages. And as former NASA engineer Mark Rober learned in the summer of 2018, even with footage of the theft, police often can’t track down the jerks responsible.

That’s why, in December 2018, Rober used his engineering know-how to rig a package so that, if stolen from his porch, it would not only blast the thief with glitter and fart spray, but also upload footage of the comeuppance to the cloud — and now, he’s back with a new-and-improved Glitter Bomb Trap 2.0.

While the first iteration of Rober’s trap included a single canister of fart spray, the new version contains two, each filled with an even more-foul-smelling concoction.

This time around, Rober also added an audio element to the package, triggering a voice to begin ominously counting backwards as soon as a thief springs the trap. After that, audio designed to sound like police scanner chatter begins playing from the speaker because, according to Rober, “it seemed like the right thing to do.”

Another change: instead of just leaving just one rigged package on his own porch, Rober created several, which he sent to the homes of volunteers he found on Twitter.

Rober just upload a video showing the upgraded glitter bomb traps in action, as well as “Home Alone” actor Macaulay Culkin helping him make them, because why not? So if you’ve ever had a package stolen from your own porch, just click “Play” to get some vicarious — and hilarious — revenge.

More on porch pirates: Walmart Will Now Deliver Food Straight to Your Fridge