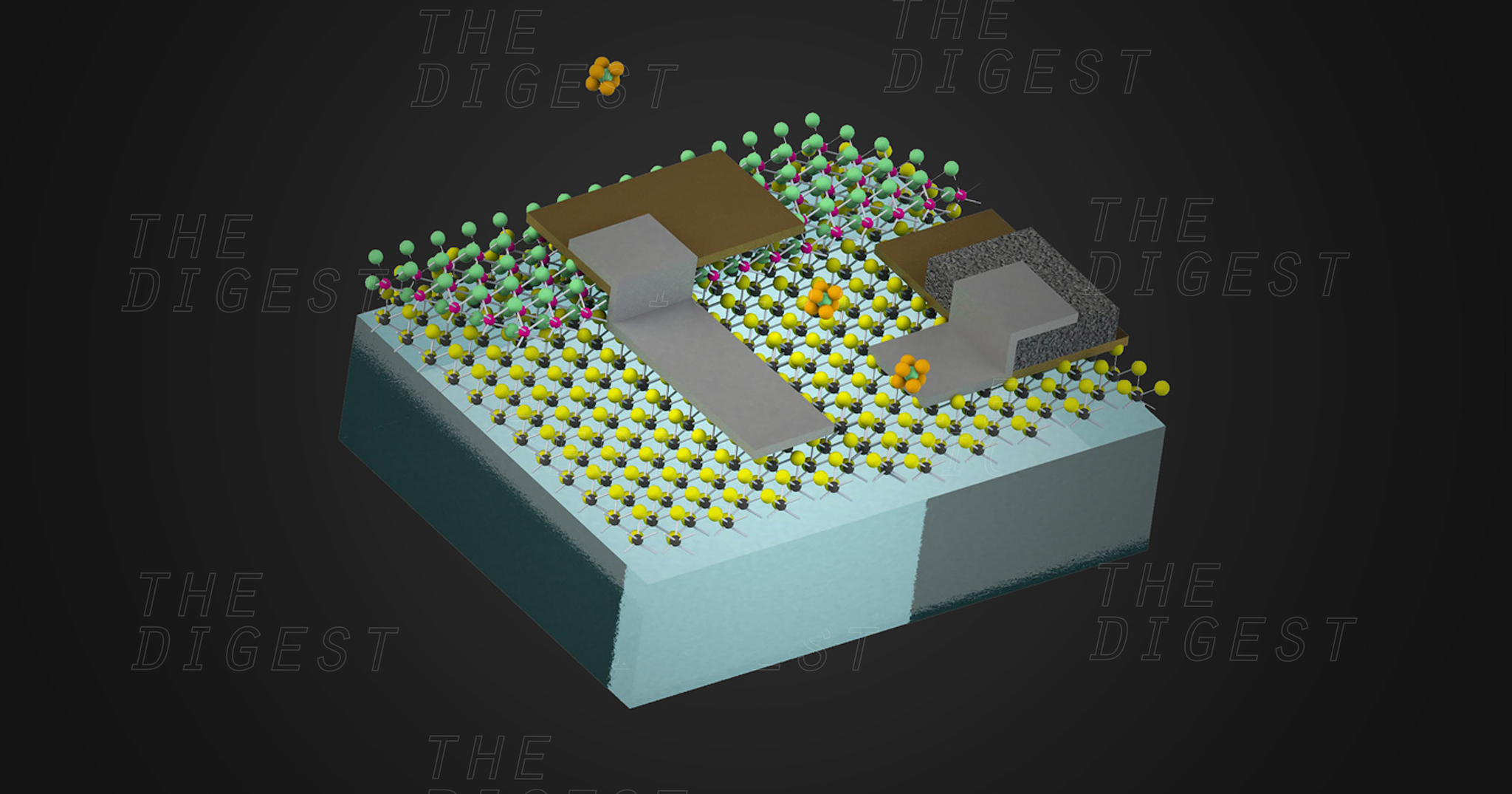 We could be witnessing the birth of a new field in robotics.

We could be witnessing the birth of a new field in robotics.

AEROSOLS FOR GOOD. You may have sworn off aerosol sprays in the ’90s when everyone was talking about the hole in the ozone layer, but a team of researchers from MIT has found a use for aerosols that could be good for both the environment and our health. This spray contains nanobots, tiny sensors with the potential to do everything, from detecting dangerous leaks in pipelines, to diagnosing health issues. They published their research in Nature Nanotechnology on Monday.

NANO-SCALE SENSORS. Each sensor in the aerosol spray contains two parts. The first is a colloid, an extremely tiny insoluble particle or molecule. Colloids are so small, in fact, they can remain suspended in a liquid or the air indefinitely — the force of particles colliding around them is stronger than the force of gravity attempting to pull them down.

The second part of the sensor is a complex circuit containing a chemical detector built from a two-dimensional material, such as graphene. When this detector encounters a certain chemical in its environment, its ability to conduct electricity improves. The circuit also contains a photodiode, a device that can convert ambient light into electric current. This provides all the electricity needed to power the circuit’s data collection and memory.

The researchers grafted their circuits onto colloids, thereby giving them the colloid’s ability to travel in unique environments. Once combined, the researchers aerosolized the nanobots (converted them into a sprayable form). This delivery method wouldn’t be possible without the addition of the colloid. “[The circuits] can’t exist without a substrate,” said the study’s lead author Michael Strano in a news release. “We need to graft them to the particles to give them mechanical rigidity and to make them large enough to get entrained in the flow.”

TWO TYPES OF PIPELINES. The MIT team sees a number of potential diagnostic uses for their sprayable, microscopic sensors, demonstrating a couple in their study. As one example, they designed their sensors to detect the toxic chemical ammonia, then tested its ability within a sealed section of pipe. They sprayed the sensors into one side of a pipe, then gathered them at the other end using a piece of cheesecloth. When they examined the sensors, they could tell they’d come in contact with ammonia based on the information stored in the sensors’ memory.

In the real-world, this could save inspectors from having to manually look at an entire length of pipe from the outside. Instead, they could simply let the aerosol travel the length of the pipeline, then look for any data in its memory that might signal a problem, such as an encounter with an outside chemical that should not be in the pipeline.

As the MIT team noted in the news release, eventually, this same technology could help diagnose problems in the human body, for example, by traveling along our digestive tract, gathering data, and relaying it to medical experts. “We see this paper as the introduction of a new field [in robotics],” said Strano.

New Artificial Protein Makes it Possible to Manipulate Matter
4. 27. 16
Read More
First Direct Proof of Stable Carbyne, The World’s Strongest Material
4. 11. 16
Read More
We Can Now Target Diseases by Mimicking Blood Vessels
3. 31. 16
Read More
+Social+Newsletter
TopicsAbout UsContact Us
Copyright ©, Camden Media Inc All Rights Reserved. See our User Agreement, Privacy Policy and Data Use Policy. The material on this site may not be reproduced, distributed, transmitted, cached or otherwise used, except with prior written permission of Futurism. Fonts by Typekit and Monotype.