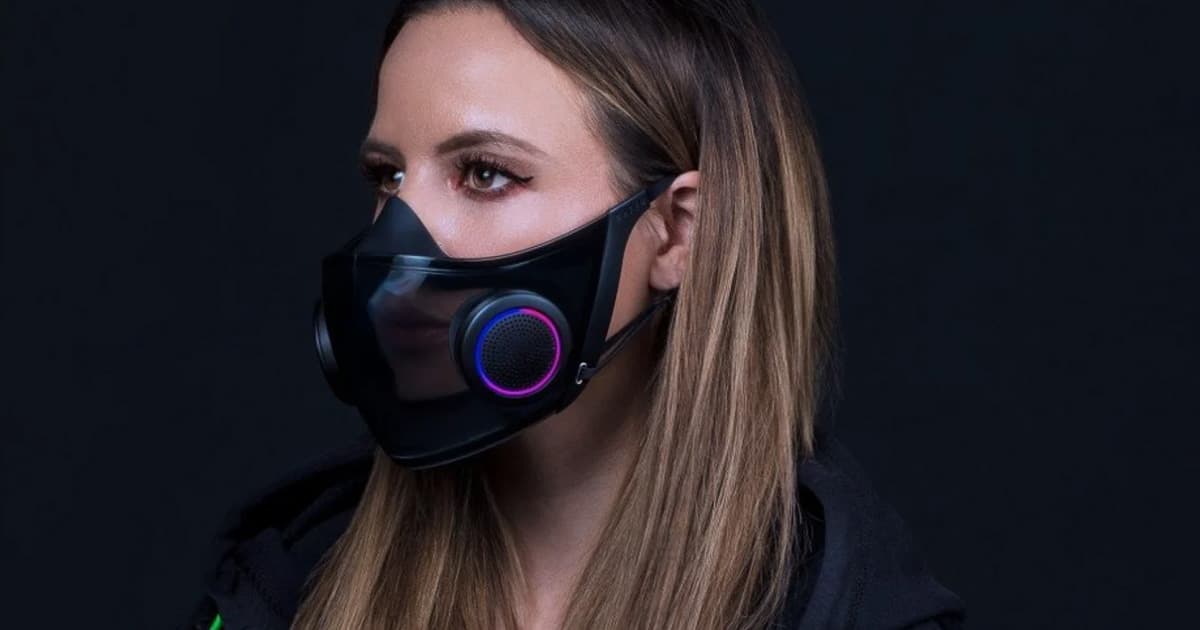 The company showed off a concept reusable N95 respirator called Project Hazel that it claims is the "world's smartest mask," as The Verge reports. It's like a Razer for, well, your face.

And yes, of course it has RGB lighting.

The concept — it's unclear if Razer is ever planning to actually put the mask into production — is chock full of features, from circular N95 filters to a fancy charging case. The ventilators themselves are detachable and rechargeable.

Most conceptual of all however is the fact that Project Hazel will be able to actively amplify your voice using a microphone and speakers, allowing you to easily be heard while wearing the device.

Silicon guards seals the mask around your nose and chin, making it relatively comfortable to wear — but we'll have to take Razer's word on that.

The plastic in the mouth area is actually transparent, allowing others to see your mouth move. Once it's dark out, LEDs will even light up the areas around your mouth to show off that smile no matter what time of day it is.

Razer is envisioning that the concept would be sold with a charging case that both charges the ventilators and shines UV light on it to sterilize it.

But the company hasn't announced any plans to sell the mask and is currently testing the device, according to The Verge.

READ MORE: Razer has created a concept N95 mask with RGB and voice projection [The Verge]