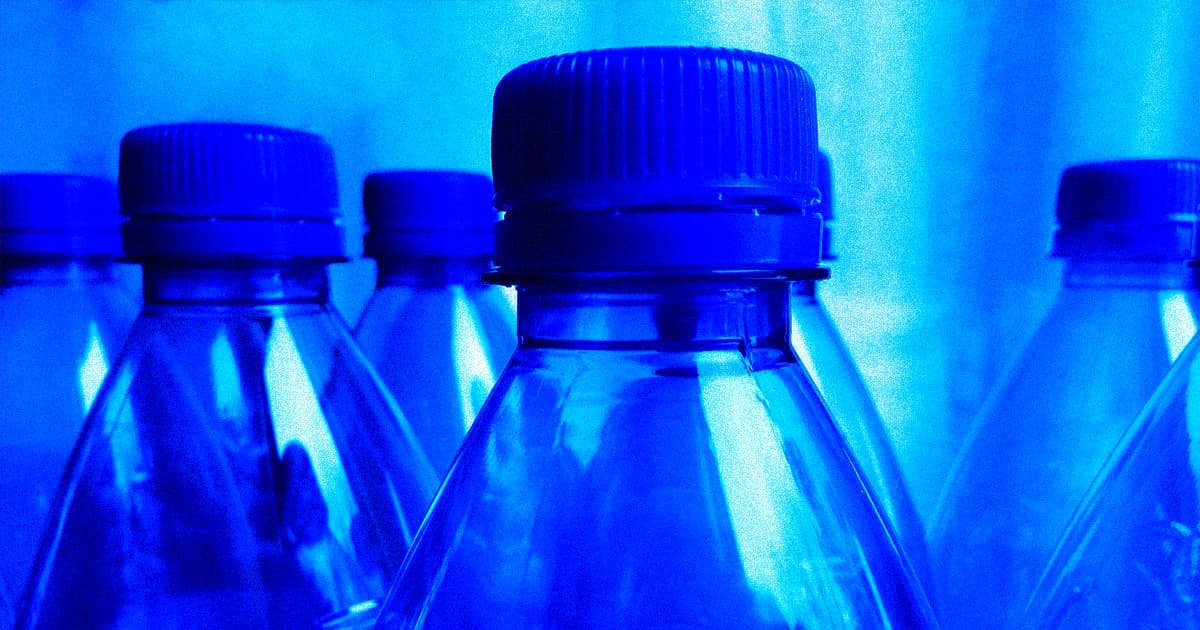 This "Mutant Enzyme" Can Break Down Plastic Bottles in Hours

Researchers working for industrial development company Carbios have created a mutant bacterial enzyme that can break down plastic bottles for recycling in only a couple of hours, according to The Guardian.

The enyzme can break down PET plastic bottles into their individual chemical composites, which could later be reused to make brand new bottles. Conventional recycled plastic that goes through a "thermomechanical" process isn't high enough quality and is mostly used for other products such as clothing and carpets.

Carbios partnered with major industry leaders including Pepsi and L'Oreal to help develop the technology. A scientific paper describing the discovery was published in the prestigious journal Nature today.

The "PET hydrolase" enzyme can break down 90 percent of PET polymers in just ten hours.

"This highly efficient, optimized enzyme outperforms all PET hydrolases reported so far," reads the paper's abstract — even in comparison to the second most promising candidate, a plastic-degrading bacterium strain called 201-F6.

The new enzyme was first spotted in a heap of composted leaves back in 2012.

"It had been completely forgotten, but it turned out to be the best,” Alain Marty at the Université de Toulouse, France and the chief science officer at Carbios, told The Guardian.

The new enyzme was also extremely cost effective to produce. In fact, according to the researchers, making new plastic from oil would have cost 25 times as much.

"It’s a real breakthrough in the recycling and manufacturing of PET," said Saleh Jabarin, professor at The University of Toledo, Ohio and a member of Carbios’ Scientific Committee, in a statement.

The researchers are hoping to test the material's "industrial and commercial potential" in 2021 in France, according to Marty. "Our goal is to be up and running by 2024, 2025, at large industrial scale," deputy chief executive at Carbios Martin Stephan told The Guardian.

More on recycling: Los Angeles Is Building a Road From Recycled Plastic Bottles

From the Dept. of Buying Things
Review: The EF ECOFLOW Delta Max Solar Panel Bundle is Portable, Powerful, and Sustainable
Yesterday
Read More
FROM THE DEPT. OF THINGS TO BUY
Go the Distance With This Eco-Friendly Running Gear
Jul 23
Read More
FROM THE DEPT. OF THINGS TO BUY
Review: Masterbuilt Gravity Series 800 is a Force of Nature
Jul 22
Read More
+Social+Newsletter
TopicsAbout UsContact Us
Copyright ©, Camden Media Inc All Rights Reserved. See our User Agreement, Privacy Policy and Data Use Policy. The material on this site may not be reproduced, distributed, transmitted, cached or otherwise used, except with prior written permission of Futurism. Fonts by Typekit and Monotype.