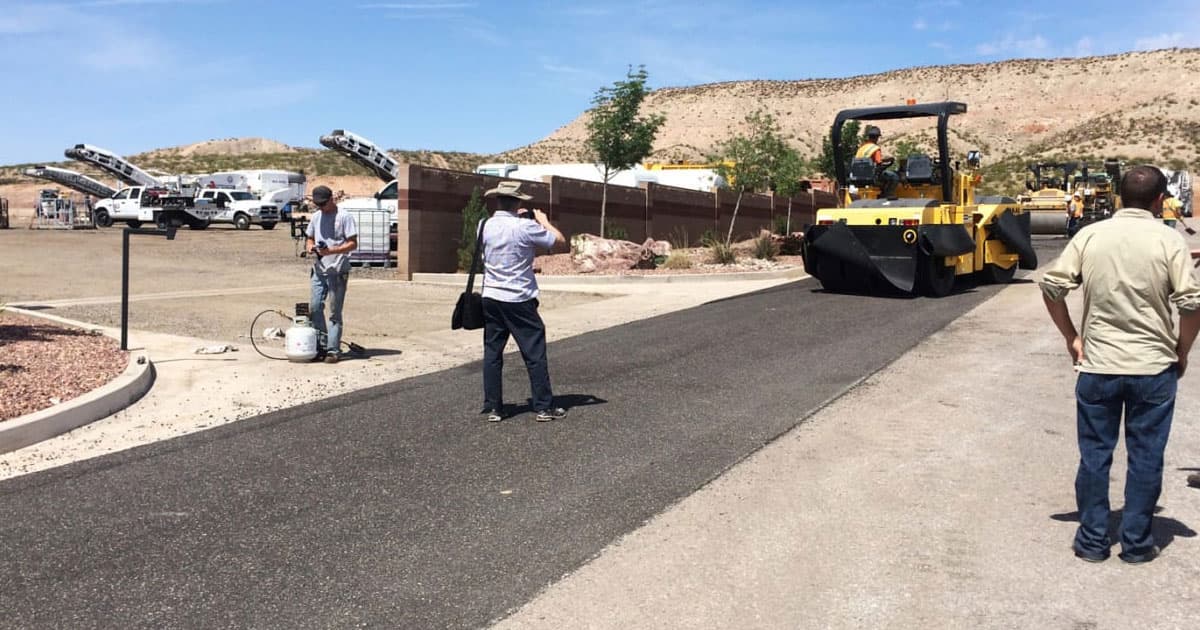 Los Angeles Is Building a Road From Recycled Plastic Bottles

And it should last 8 to 13 times longer than a typical road.

And it should last 8 to 13 times longer than a typical road.

Soon, the people won’t be the only thing that’s plastic in Los Angeles — the roads will be, too.

The City of Angels is working with a startup called TechniSoil Industrial, according to Fast Company, to repave one of its downtown roads using a mixture of recycled plastic and existing asphalt — and the process could cut down on the environmental impact of construction while also producing a road that lasts up to 13 times longer than usual.

Traditionally, when a road needs to be repaved, workers chop up the top layer of asphalt and haul it away. Then they lug in new asphalt, which is typically a mix of sticky bitumen and bits of rocks, sand, and gravel.

The asphalt mixture isn’t the only thing different about TechniSoil’s method, either.

Instead of hauling away the old asphalt and bringing in new material, the company uses a machine called a “recycling train” to grind up the old asphalt, mix it with the liquid plastic, and then lay the material down to form the new road all at once — cutting down on transportation emissions.

“With a traditional road, for every one lane mile, you have to mill out 42 trucks’ worth of waste and haul that away, and bring in 42 new trucks of new hot mixed asphalt,” TechniSoil President Sean Weaver told Fast Company. “We’ve eliminated that 84 trucks of hauling in and hauling out.”

More on recycling: An Engineer Has Found a Way to Create Plastic Roads

China Isn’t Taking Our Recycling. Here’s What We Could Do With It Instead.
5. 30. 18
Read More
Europe Is Illegally Shipping Its Used Electronics to Nigeria
4. 23. 18
Read More
Old Electronics Could Be More Profitable Than Literal Gold Mines
4. 6. 18
Read More
+Social+Newsletter
TopicsAbout UsContact Us
Copyright ©, Camden Media Inc All Rights Reserved. See our User Agreement, Privacy Policy and Data Use Policy. The material on this site may not be reproduced, distributed, transmitted, cached or otherwise used, except with prior written permission of Futurism. Fonts by Typekit and Monotype.