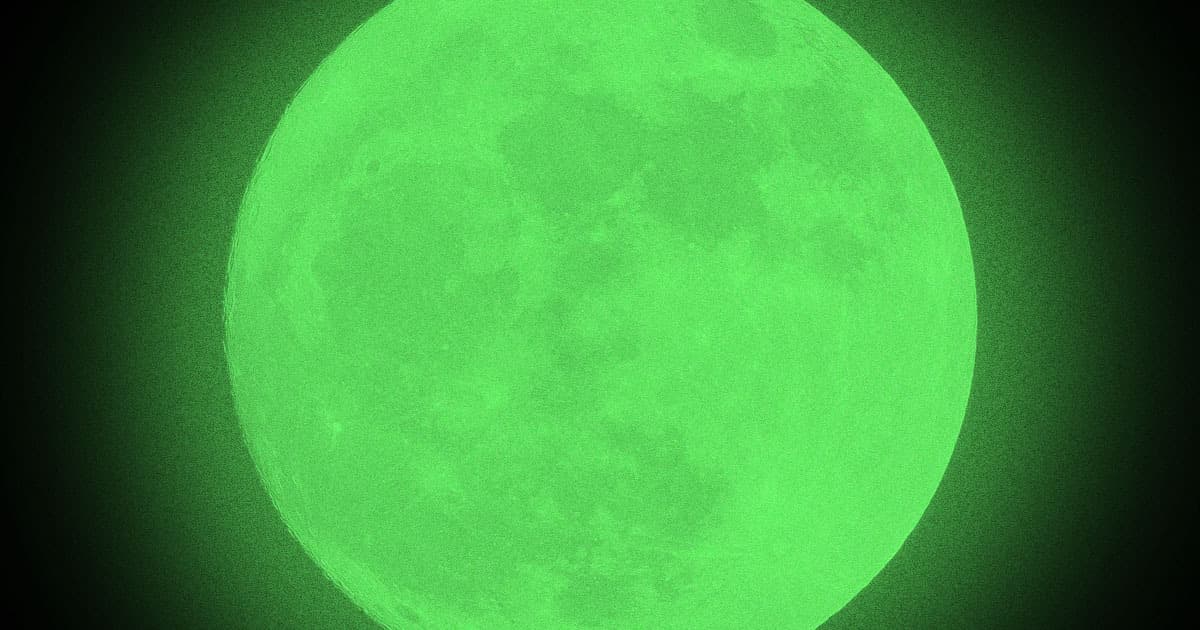 For the first time, CNN reports, scientists say they've ascertained how radioactive the Moon is — a finding that could have implications for the future of human space travel there.

The new data, collected by China's Chang'e 4 rover, shows a lot more radiation than you'd deal with on Earth or even the International Space Station. But it's still likely a level at which some exposure, for the limited duration of a Moon trip, could still be safe.

Experts were quick to contextualize the finding of 1,369 microsieverts of radiation, published in the journal Science Advances.

"The radiation levels we measured on the Moon are about 200 times higher than on the surface of the Earth and 5 to 10 times higher than on a flight from New York to Frankfurt," said University of Kiel physicist Robert Wimmer-Schweingruber, who worked on the research, in a statement. "Because astronauts would be exposed to these radiation levels longer than passengers or pilots on transatlantic flights, this is a considerable exposure."

Though CNN reports that the Apollo astronauts brought equipment to measure the radiation level on the moon, the data never made it back to Earth.

Now, though, as NASA plans out its Artemis missions with the goal of sending astronauts back to the Moon, it's valuable to know what future astronauts will be dealing with when they return.

More on minimoons: Astronomers: Our Planet Might Have Another Moon, Except It’s Tiny