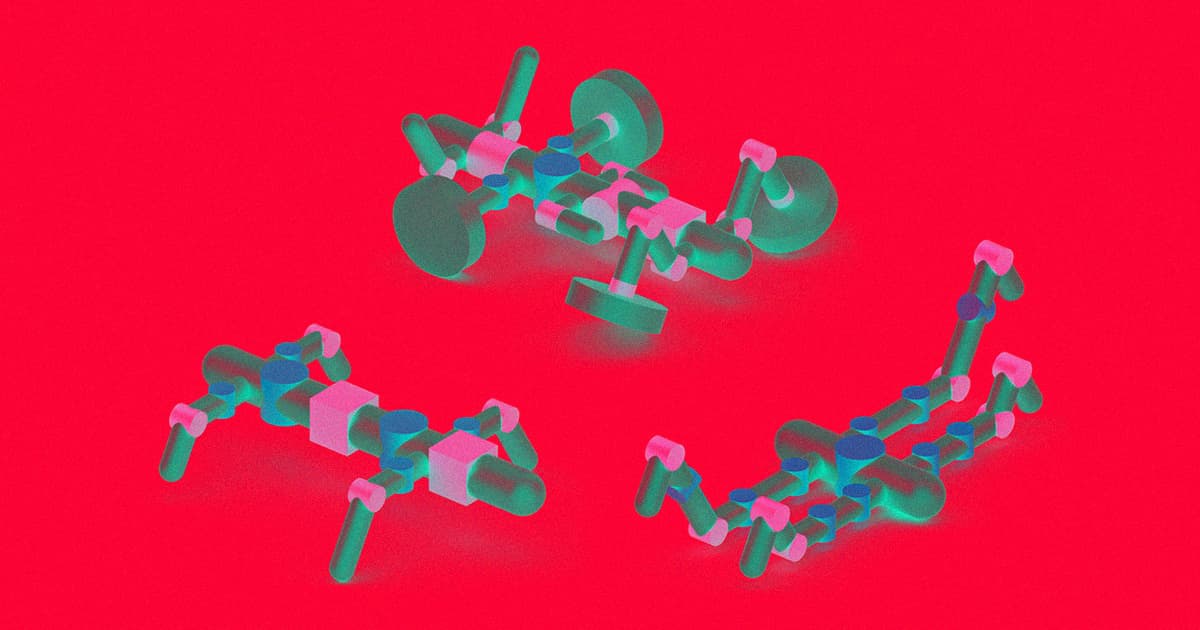 MIT Engineers Built an AI That Design Its Own Robots

Did they learn nothing from Skynet?

Did they learn nothing from Skynet?

As the latest bit of evidence that humanity has learned nothing from the "Terminator" franchise, we present RoboGrammer — an AI algorithm that can design its own robot bodies.

Thankfully, RoboGrammer still needs a helping hand from humanity, ExtremeTech reports, and it can't manufacture anything on its own, so a machine uprising remains unlikely. But the MIT-built algorithm is particularly adept at designing the ideal body for a given set of conditions, making it a valuable tool for roboticists in need of some fresh ideas.

The MIT engineers tested out RoboGrammer in a virtual environment where its creations had to traverse specific terrains like slippery floors or sets of stairs.

On its first try, RoboGrammer built mostly nonsensical robots out of the virtual parts it was given.

But with a little human guidance — the engineers took inspiration from real-world arthropods — the algorithm was able to optimize its body for the task at hand. For instance, the algorithm built a lizard-like body for smooth terrain, and then made its body more rigid when it had to cross gaps in the floor. For an icy surface, it designed a walrus-like body that pulled itself forward with two arms and then slid.

Project leader and MIT computer scientist Allan Zhao told ExtremeTech that RoboGrammer may not be able to design all the nuts and bolts of a complete robot, but it can give human engineers ideas for how to approach a certain robotics project from a new angle rather than building the same old design.

"When you think of building a robot that needs to cross various terrains, you immediately jump to a quadruped," Zhao told the site.