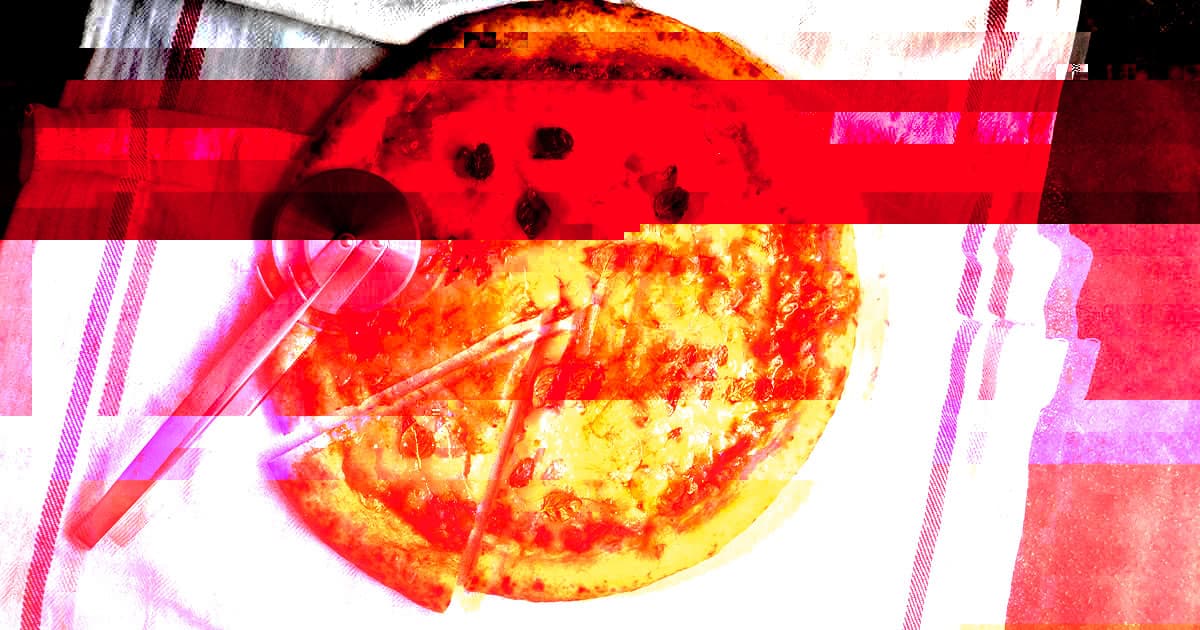 MIT’s New AI Can Look at a Pizza, and Tell You How to Make It

It can figure out the toppings, and the order they were added.

It can figure out the toppings, and the order they were added.

MIT researchers have taught a new artificial intelligence how to reverse engineer pizza — specifically, they've trained an AI to look at a photo of pizza and determine both the toppings on it and the order in which they were placed.

It sounds whimsical, but eventually the research could lead to a system that could process any photo of food and produce a recipe for it — an exciting new example of AI's potential to disrupt the food sector.

To create the pizza AI, which they call PizzaGAN, the researchers started by feeding it approximately 5,500 clipart-style images of pizzas, each with up to 10 toppings labeled. After that, they fed it 9,213 images of real pizzas sourced from Instagram.

From this dataset, they were able to train their system to look at a pizza and determine the toppings on it and the order in which they were placed. The pizza AI could then produce an image showing what the pizza would look like the addition or subtraction of a specific topping, as well as how it would look before or after cooking.

As expected from its name, PizzaGAN only works on one type of food right now.

But according to the MIT team's paper, its ability to identify and manipulate layers could eventually extend to other foods, such as burgers or salads — or maybe even the fashion industry, where it could enable a digital shopping assistant to combine various layers of clothing to create an outfit.

WE HAVE THE TECHNOLOGY
Meet the Researchers Bringing Bizarre AI Creations to Life
10. 17. 18
Read More
IBM Just Committed $240 Million to the Future of Artificial Intelligence
9. 7. 17
Read More
MIT is Trying to Unlock the Power of the "Hive Mind"
1. 26. 17
Read More
+Social+Newsletter
TopicsAbout UsContact Us
Copyright ©, Camden Media Inc All Rights Reserved. See our User Agreement, Privacy Policy and Data Use Policy. The material on this site may not be reproduced, distributed, transmitted, cached or otherwise used, except with prior written permission of Futurism. Articles may contain affiliate links which enable us to share in the revenue of any purchases made.
Fonts by Typekit and Monotype.