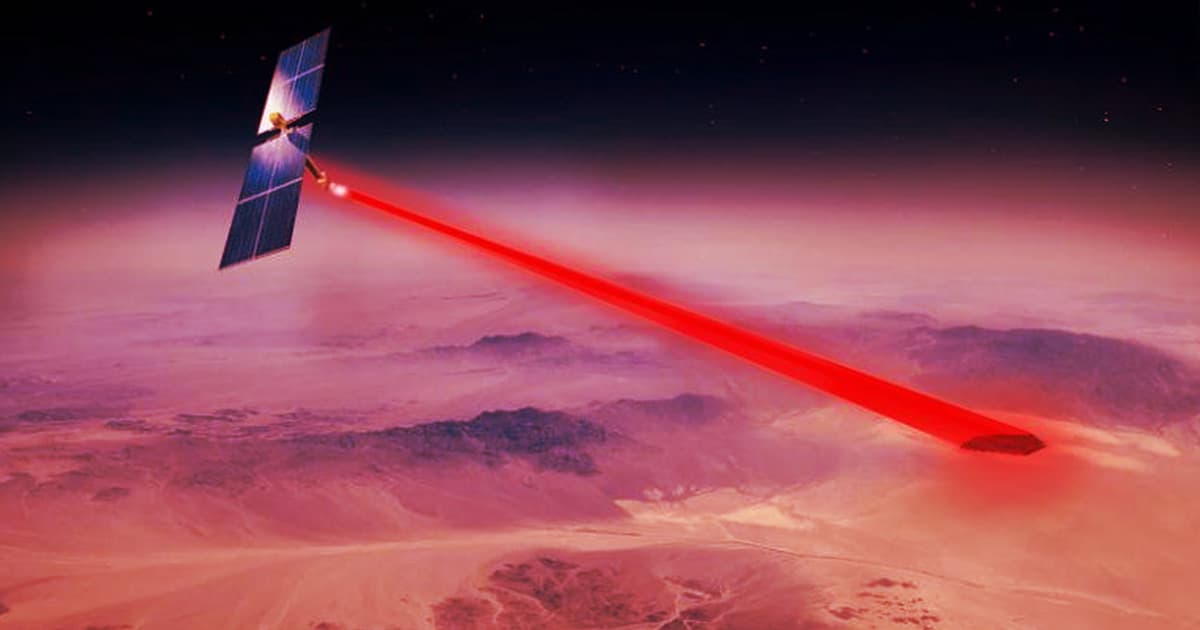 US Military Tests Satellite for Beaming Power Down to Earth

"You can send power to Chicago and a fraction of a second later, if you needed, send it instead to London or Brasilia."

"You can send power to Chicago and a fraction of a second later, if you needed, send it instead to London or Brasilia."

A team of scientists have successfully tested a solar panel prototype that can theoretically send electricity from space back to anywhere on Earth, CNN reports.

The panel, called the Photovoltaic Radio-Frequency Antenna Module (PRAM) and roughly the size of a pizza box, was first launched in May 2020, mounted to the Pentagon's top secret X-37B drone.

Thanks to the fact that the sunlight isn't blocked by the Earth's atmosphere, the panel can receive more illumination that it would on Earth. So far, the prototype has generated about 10 watts, plenty to power a tablet.

But the device still hasn't actually done the hard part yet — the much more complicated process of transmitting power back down to Earth, something the researchers are hoping to test in the upcoming years.

The transmission technologies required to make that happen are still in their infancy, but such a method of power delivery could prove to be extremely promising.

"The unique advantage the solar power satellites have over any other source of power is this global transmissibility," Paul Jaffe, PRAM principal investigator at the US Naval Research Laboratory, told CNN. "You can send power to Chicago and a fraction of a second later, if you needed, send it instead to London or Brasilia."

That means such a system could also be extremely useful to provide disaster-prone regions on Earth with immediate power without relying on physical infrastructure on the ground.

According to a paper published in January in the journal IEEE Journal of Microwaves, Jaffe and his colleagues found that microwave and millimeter wave power beaming could work in principle, especially when panels like PRAM were to be scaled up by combining many of them into a kilometers-wide array.

"The next logical step is to scale it up to a larger area that collects more sunlight, that converts more into microwaves," Jaffe told CNN.

READ MORE: CNN exclusive: A solar panel in space is collecting energy that could one day be beamed to anywhere on Earth [CNN]

More on beaming power: THE AIR FORCE IS TRYING TO BEAM SOLAR POWER DOWN TO EARTH